Plastic at Grocery Stores Is Actually the Green Option 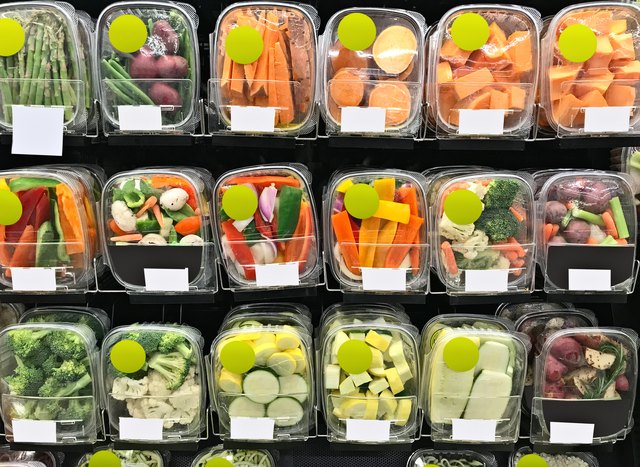 We're finally starting to panic about climate change, and it's showing in all kinds of weird ways. In the U.K., the Cornish nonprofit Surfers Against Sewage organizes Mass Unwrap events, in which shoppers pay for groceries as usual, then shuck off all plastic packaging and display it in front of the store. It's an effective visual, but much like the plastic straw uproar of 2019, it may not do what it sets out to do.

Ethnobotanist and BBC science presenter James Wong praised the protesters' intentions on Twitter this week, but he pointed out a paradox they may not have spotted: "While packaging is undoubtedly overused," he writes, "plastic often serves a vital role in extending shelf life, by slashing food waste." In short, rotting and spoiled food generates a staggering amount of the greenhouse gases that contribute to climate change. Cut down on food waste and we don't just spend smartly — we save ourselves in the process.

We've seen this before, in discussions about meal kits and how to live a zero-waste lifestyle. The first-line solution for individual consumers concerned about the environment is to simply spend less and focus on what we need and will use. Americans only eat about 40 percent of the perishables we buy, so while climate change does stem largely from mass corporate actions, it's worth adjusting your own habits, not least because it'll cost less. As for grocery store plastic? Write or tweet to your grocery store, suggests Wong, "asking for more reusable and recyclable packaging options."

Grocery Stores May Start Selling to All Your Senses

Knowing This Could Trick Us Into Recycling More

Here's Where All the Food at Whole Foods Went

How Sustainable IKEA Really Is