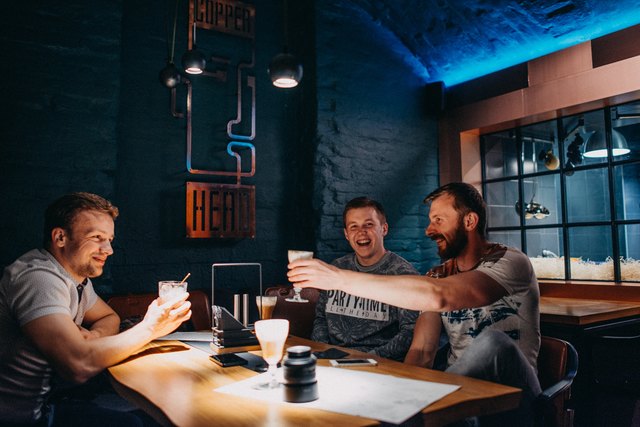 That a social network publically sharing peer-to-peer transactions would ever work seems ludicrous at first blush. Yet Venmo is out here thriving, and users love seeing how their friends exchange money. It's a fun way to keep up with your network; it's also a great way to spy on people.

MarketWatch's Leslie Albrecht wrote this week about people who have sussed out some secrets about someone they thought they knew (or wanted to know). One woman discovered that a boyfriend was someone else's boyfriend at the same time; another user figured out that an old flame had developed a drug habit. "It's transparency with a twist of the unknown," Albrecht writes.

In many ways, even though Venmo only displays inexact amounts and user-submitted labeling, money presents a much more unvarnished picture of a person's lifestyle. While we often intensively curate platforms like Instagram or Facebook, on Venmo, we know exactly how many dinners you've split with friends — and we love it. Sometimes our spending habits present a puzzle for other people to solve, or just speculate wildly about.

Obviously plenty depends on how you use the app and the information you discover. And the whole structure isn't without controversy: Last year, the Federal Trade Commission rebuked Venmo's opt-out system for sharing seemingly private data by default. The app has also been beset by scammers of late. But people are curious by nature. If you want to play private eye (harmlessly!), there's no better advice than "Follow the money."

#TheBestMoneyIEverSpent Is Trending on Twitter and People Have Some Weird Answers

How Facebook Gets Your Data Even if You Quit