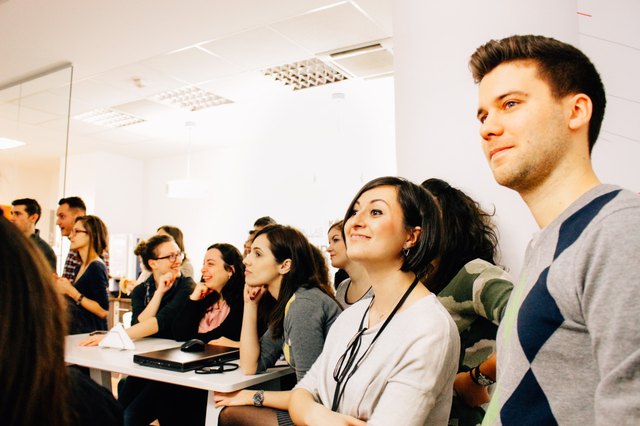 Only the brilliant weirdos behind Parks and Recreation could create a lovable protagonist obsessed with ethics, but NBC's The Good Place makes it work. In fact, Chidi Anagonye is so caught up with living ethically that he never manages to get much living done. According to new research, that's not the worst way ethics can mess with your head.

Researchers at Baylor University caution in a just-released study that employees who think they're more ethical than their colleagues are also more likely to destabilize the workplace. Basically, one worker's belief that they're more ethical than another worker can lead to the first treating the second poorly. This is particularly problematic in lower-performing employees who believe they're behaving more ethically than higher-performing colleagues.

In the study, participants reported feelings like contempt, disgust, stress, repulsion, and tension when comparing themselves to higher-performing but perceived less-ethical coworkers. The high-minded employees tended to socially undermine and ostracize the others, which can result in an express track to toxic environments and poor performance all around. "The managerial implication," said lead author Matthew Quade in a press release, "is that we need to create environments where ethics and performance are both rewarded."

Ultimately, the researchers suggest that the best antidote is to encourage a high ethical standard across the board, to even the playing field. Ironically, research earlier this year from Baylor showed that ethical managers can still make lots of trouble for those they supervise. It might be enough to make your head spin — or in the words of Chidi from The Good Place, "Ohhhh, stomachache!"

This Salary Could Guarantee Your Happiness

You Have a Dark Power Over Your Boss