Why Competition Doesn't Have to Be a War 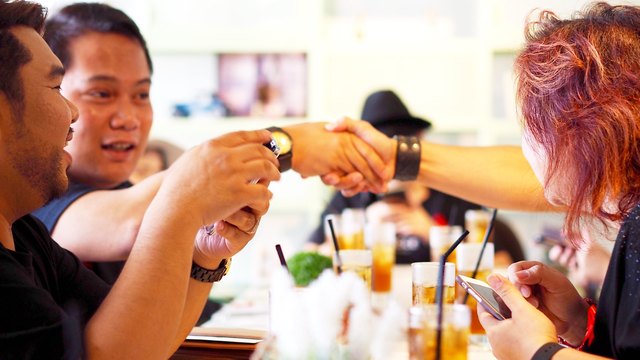 There's not much in the way of single combat these days, outside of video games or self-defense classes. But as a society, we've transferred a lot of our aggression from war into business. That's the cliché, anyway, but new research suggests we're actually much better served by an alternative.

Business scholars at the University of London have just proposed what they call a social practice theory of relational competition. Underneath the academic-speak, that means looking at ways competitors rely on collaboration and reciprocity, rather than razing their rivals. It's not as outlandish as it sounds at first blush. Basically, it's how businesses can make the whole field better for everyone, creating value even for the other guy.

First, strategies that ask for victory at all costs often result in scorched-earth wins. Whether it's bending the rules to achieve impossible goals or decimating an industry to create a monopoly, often both the customer and the company lose at the end of the day. Instead, consider what the researchers call tacit mutual understanding — acting with the interests of the entire market in mind, rather than just your bottom line.

That's not to say this study encourages collusion, but rather an understanding of competition as something dynamic. The health of a market depends on the highly skilled, good-faith decisions of professionals, on a deal-by-deal basis. It's a good framework to bring to work even within your own office. While you're more explicitly part of a team at your job, you're also looking for ways to improve both your own project and the goals of the company.

If you have the chance to bring this mindset to your corporate culture, give it a shot. You may find yourself and your colleagues happier and more successful with the change.

Stay Sharp if You Want to Trust Your Team More

How to Play Up Your Experience With Investors

The Best Jobs for Aquarians