Ladies: Don’t Let These Words Deter You From Applying 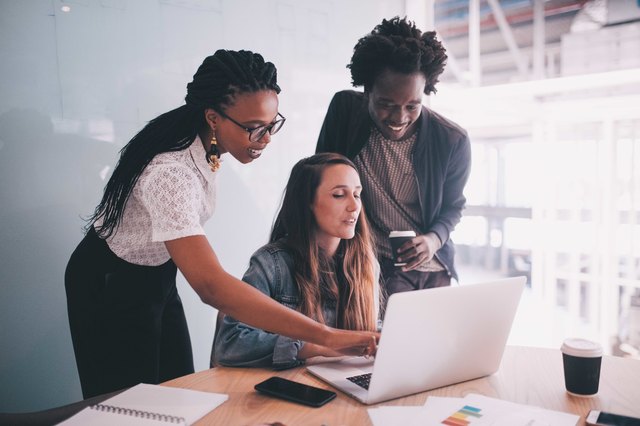 One bit of pop psychology often surfaces in conversations about gender and the workplace: Women won't apply for a job unless they meet every listed requirement, but men put themselves out there if they only meet 60 percent. The real story is a little more complicated than that, but it is true that women and men hold themselves to different standards when it comes to the job hunt.

A new study pinpoints one of the ways in which a job ad might fail to attract female applicants. Belgian researchers looked at more than 400 job seekers and found that position listings that focus on an innate attribute, rather than an action, tend to turn women off. One example they gave was the difference between "You always remain calm under pressure," which describes something a person can do, and "You are calm/not nervous," which doesn't feel like something a person can change. Not only that, but the latter feels like a stereotype of a woman, which may cause the applicant to reject the position or self-reject herself.

This only further proves how carefully and thoroughly companies should think through their job postings. That said, if you recognize your own negative reaction above, keep one thing in mind: The rules are fungible when it comes to hiring. Often the HR department is fumbling or guessing just as much as you are when it comes to what a company or organization wants from an employee. Let yourself face your imposter syndrome. Finally, make rejecting your application the employer's problem. Give them the opportunity to see how great you are — you might come away from the process pleasantly surprised.

Go Beyond the Business Case to Persuade Your Boss

Some Creative Job Interview Questions, for When You're the Interviewer

How to Calculate Par Value of Common Stock