How to Keep Your Job and Still Use Social Media 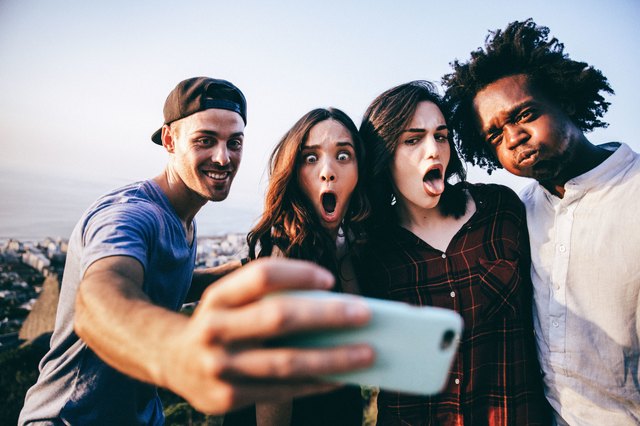 Older folks have been calling young people "impulsive" since the dawn of time. Social media hasn't led to a drop in that accusation. Stories about millennials behaving badly on Twitter or Facebook and then getting fired are abundantly available online. Turns out there's more to that narrative, though. Young people aren't necessarily foolishly taking risks about sharing unprofessional content — in fact, they may be thinking about it a lot before going in.

A new study at England's University of Plymouth found that while impulsivity can indicate risk for making imprudent posts (sexually, socially or politically risqué, for the most part), it's just as likely that users who share such content are "highly self-monitoring." That means they shape their behavior to the perceived social norms most important to them — so fitting in with a community makes that potentially dodgy post not just expedient, but the right thing to do.

While it's possible that you could tell your displeased boss that the rules are different where you hang out online, a much better bet is taking charge of your own social media presence. If employers include a social media policy in their hiring contracts, you may be obligated to represent the company in a positive light even when you're off the clock. If you're mad about the intrusion into your personal life and possibly even your beliefs, remember that most employment is "at-will," which means at the employer's discretion.

Instead, curate your online presence closely. The old "Don't say anything you wouldn't want your mother to see" saw isn't a bad metric for choosing what to delete or lock down. Look at your tweets, your Insta, and your Facebook posts as though you were your own supervisor. If you get squirmy, consider creating a public-facing identity and separating your other social media presences, including through privacy functions and filters.

If you're not sure where the line is for online content, ask your manager or your HR department for social media policy guidelines. Different states and municipalities have different off-duty conduct protections; if your own research isn't getting you anywhere, try asking a lawyer who specializes in labor and employment. Last but not least, social media can get inside our heads in all kinds of unpleasant ways anyway. Never say never to a detox, to get some space and some perspective.

How to Fix iPad Neck (We Probably All Have It)

Emojis Could Be Holding You Back at Work

What Your Gift-Giving Style Says About You

Ladies: Here's How We Level Up at Networking

Here's How Water Cooler Taboos Are Changing at Work