The Salary of a Professional Ping Pong Player

Also known as table tennis, ping-pong is a game that is played worldwide. Professional ping-pong players are not as well-paid as other professional athletes such as football and basketball players. They largely earn their salaries via prize money from tournaments, which are lower than the "purses," or prize money, of fringe sports such as golf and boxing. 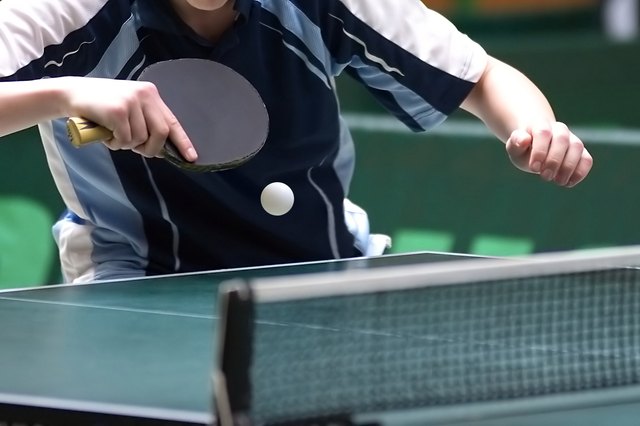 Professional ping-pong is a game played before legions of spectators and is normally played indoors. As such, the Bureau of Labor Statistics lists the average of athletes in spectator sports at $104,470 as of 2010. Top professional ping-pong players with world rankings can earn higher salaries.

Much like boxing, golf and cycling, professional ping-pong players must win tournaments to earn a healthy living. A February 2011 article for Yahoo Sports notes that ping-pong players may earn between $3,000 and $35,000 per win during regular season matches. However, the article notes that championship wins for such tournaments as the International Table Tennis Federation can earn players as much as $40,000.

Professional ping-pong is most popular in China, where it is considered a national pastime, according to the February 2011 Yahoo Sports article. It is customary for Chinese players to earn salaries. In fact, six of the world's top 10 players are Chinese, as of the time of publication. Chinese player Ma Lin, ranked fourth in the world as of June 2011, earned a record 5 million yuan salary for the Shaanxi Yinhe team ($645,000 in U.S. dollars) in 2006 in the Chinese Table Tennis Super League. Later in the year, he transferred to the Ningbo Haitian League, where he earned 1.3 million yuan ($168,000 U.S. dollars).

The New York City Open, which was held Labor Day Weekend 2011, attracted some of the world's greatest players and offered a $4,000 purse. The European Championships, one of the premier tournaments for top professional ping-pong players, offered total prize money of $114,400 for its 2010 competition. Winner of the "Counter-Strike Prize Pot" earned a total of $77,000, with each player earning $200 per match and a $750 bonus for attending the finals.

The Average Salary of a Linebacker Coach

How Much Do Professional Referees Get Paid Per Game?