Inexpensive real estate can be found in a many different states. In most cases, the cheapest real estate is far removed from major population centers, where there is no access to sewer or electrical hookup. Property that was subject to foreclosure or short sale also tends to be less expensive. In some areas, prices below $500 per acre are possible, however, these properties may only be accessible via four-wheel drive vehicle and are many miles from paved highways. In practically all cases, property taxes for inexpensive parcels of land will exceed the purchase price of the actual property. 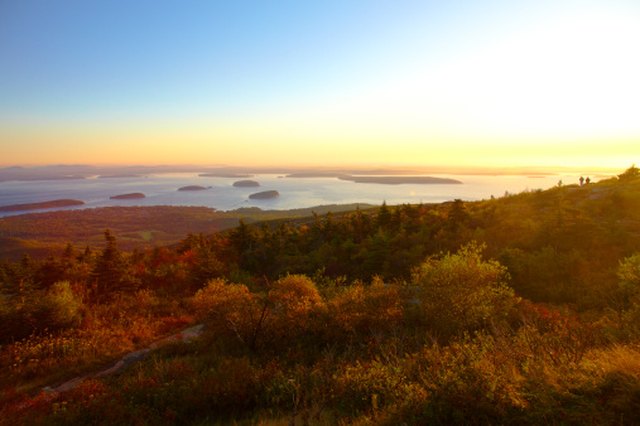 Look away from cities and populated areas for the cheapest acreage.

New Mexico has always been a source of cheap land and can be said to have the cheapest per acre cost of land in the United States. Several one-acre lots located in various counties throughout New Mexico were selling for just $500 per acre as of March 2011. Situated south of Albuquerque, these are representative of rural lots in other New Mexico counties as well. Land located within city limits, however, dramatically increases the per acre price of New Mexico land.

Like New Mexico, Arizona features many thousands of acres that are suitable only for camping and recreation due to their extreme remoteness--services associated with cities are simply not available. Properties near the border of California tend to be more expensive, but the hundreds of miles of wide, flat land south of the Hopi Indian reservation is available for as little as $1,000 per acre as of March 2011.

Alabama, with its fair climate and excellent farming conditions, is still one of the most underdeveloped states in America. Expansive properties teeming with wildlife and heavy forests abound, and cleared parcels of land along the banks of Alabama's network of rivers flowing from the Smokey mountains are also available. This idyllic land was beginning to see the start of widespread development until the economy slowed in 2009. Open land is available for as little as $1,500 per acre in many locations as of March 2011. Southern properties near the Gulf of Mexico command much higher prices, but still, Alabama represents one of the best land bargains in America.

Georgia is perfectly situated in the eyes of many residents. Close to the Atlantic and the Gulf of Mexico, the state's cities are centers for commerce, but remnants of its rural past and traditions hold strong. A drive through Georgia reveals several different property types: forested land, mountainous land and farm land. Because land that can be used for cultivation is expensive, the best deals in Georgia property are found in the North Georgia mountains. Prices in these areas can average as little as $2,500 per acre as of March 2011, though prices for properties closer to popular tourist destinations such as Dahlonega or Helen dramatically increase in price.

Most Affordable Place to Live & Retire in the U.S.

How to Buy Wilderness Land Cheap

What are the Best Cities to Retire in Arizona?