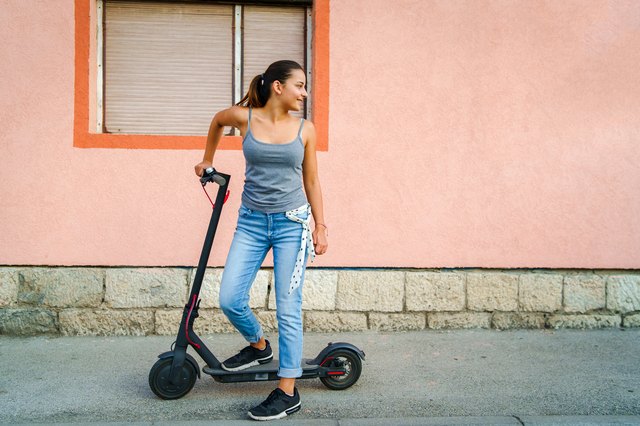 Nobody wants to own a car in a big city if they don't have to — that's one of the big sells of major urban areas, anyway. Electric scooters have emerged as a low-cost, low-energy way of zipping through traffic and saving riders from too much walking. They seem like a great workaround for anyone who's uneasy about bikes, skateboards, and other car alternatives, but unfortunately, they also open us up to unpleasant new problems.

It's not just about tripping over a badly parked scooter on the sidewalk: Computer scientists at the University of Texas at San Antonio have just released a study showing that micromobility devices like e-scooters are still wildly vulnerable to hacking. The Internet of Things is a catchall term for all the weird machines that are now connected to a server somehow, to monitor your laundry or brew up your perfect cup of coffee. Engineers need to be careful about security protocols for your fridge, your watch, and yes, your scooter.

The UTSA team has two major concerns about e-scooters. First, it's possible for an outside source to interfere with the scooter's Bluetooth-enabled navigation system; this could lead to bad directions or even shutting down the scooter altogether. Second, connecting your e-scooter to your phone creates a vulnerability for accessing other identifying or useful information. Many IoT devices, like your smart speakers, are generally "too boring" for hackers. But if you're really concerned about leaving no cybersecurity stone unturned, it might be time to go analog and bike to work instead.

Is There a Statute of Limitations for Collecting on a Judgment?

What Qualifies As Disposable Income When it Comes to Wage Garnishment?