Federal Rules for a 401(k) Withdrawal

Named after a section in the Internal Revenue Service tax code, 401(k) retirement plans first became popular with large companies in the 1980s. According to the American Benefits Council, the 401(k) has grown to become the most popular employer-sponsored defined contribution retirement plan in the United States. For many people, tax-deferred contributions and the option to withdraw money to cover a financial emergency are among its most attractive features. Because it's a tax-deferred plan, the IRS does not collect income tax on contributions until you make a withdrawal. The amount due depends on when you make a withdrawal. 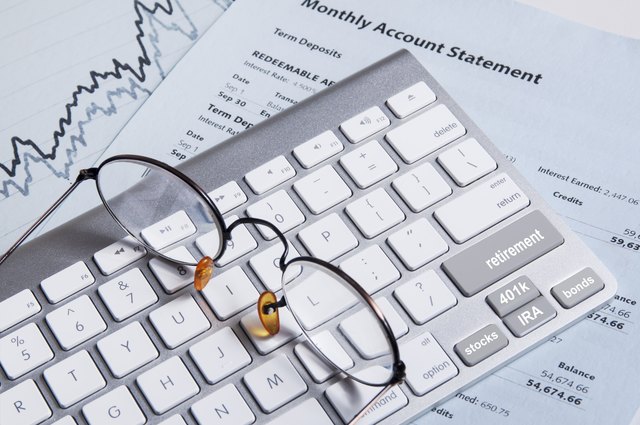 An account summary under a keyboard with glasses.
credit: jerry2313/iStock/Getty Images

With a 401(k) plan, you decide how much to contribute each pay period, up to the current contribution limit, and how to invest it according to the options the plan provides. Although many employers match a percentage of your contribution, there is no requirement that they do so. While some plans do not allow you to withdraw funds until you reach 59½ years of age, an employer has the option to allow you to withdraw money early. Income tax is always due in the year you make a withdrawal. In most cases, the IRS will also impose a penalty fee if you withdraw money early.

Although you can begin withdrawing money at age 59½, you must start taking at least the required minimum distribution, or RMD, when you reach 70½ years of age. An RMD calculation for each year involves dividing the prior Dec. 31 balance of your 401(k) by a life expectancy factor found in tables the IRS publishes in Appendix B of Publication 590-B, Distributions From Individual Retirement Arrangements, or IRAs. If you do not take a required distribution, the IRS will tax the amount you do not withdraw at 50 percent.

How to Determine Penalties for 401(k) Early Withdrawals

How Is Profit Sharing Taxed?

The Basics
Taxes
By: Sophie Williams

How to Withdraw From Profit Sharing

What to Do With a 401K When Retiring