How to Apply for a Juniper Credit Card 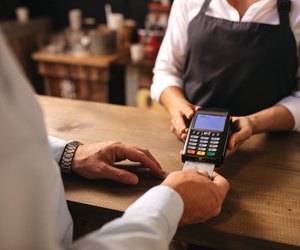 How to Apply for a Juniper Credit Card
credit: jacoblund/iStock/GettyImages

You won't have an annual fee the first year you have the Barclaycard Arrival Plus World Elite MasterCard, but an $89 annual fee kicks in beginning with the second year. Tailored for travelers, this card requires a minimum 700 credit score and robust travel rewards, including unlimited 2X miles on each purchase.

For an $89 annual fee, Lufthansa Airlines card offers two award miles for each dollar spent on airline tickets purchased directly from Miles & More Airline Partners. Miles can be redeemed for flight upgrades not only on Lufthansa but also on Austrian Airlines, Brussels Airlines, SWISS and other participating partners.

Among other benefits, the Wyndham Visa card gives travelers five points for each dollar spent at Wyndham Vacation Rental North America Properties plus eligible purchase during hotel stays. Participants also receive 6,000 bonus points after each year's account anniversary. The annual fee is $75, with a 0 percent APR for the first six months.

For football fans, the NFL Extra Points card gives rewards that include two times the points on NFL and certain team purchases at participating NFL team retail and online stores. Points can be redeemed for things such as NFL tickets, NFL gift cards and certain NFL merchandise. A big perk is no annual fee and 0 percent APR for the first six months.

Select a credit card that best suits your lifestyle and needs. If you fly frequently, an airline credit card that helps you to accumulate miles would be the most advantageous. If you stay in hotels often, the Wyndham Visa card would be the most useful. And if you're a football fan, you may receive your highest benefit from the NFL Extra Points card.

How to Reedem HSBC Points

How to Activate My Optimum Rewards Card

The Basics
Saving
By: Amanda Delgado

How to Redeem Points on Your MBNA Card