The Quest for Failure: How Competing for the Most Rejections Made My Business More Successful

Rejection sucks. It really, really stinks. For a long time I avoided it at all costs. The upside was that I didn't feel burned; the downside was that I missed out on opportunities that I wanted but was too scared to try. 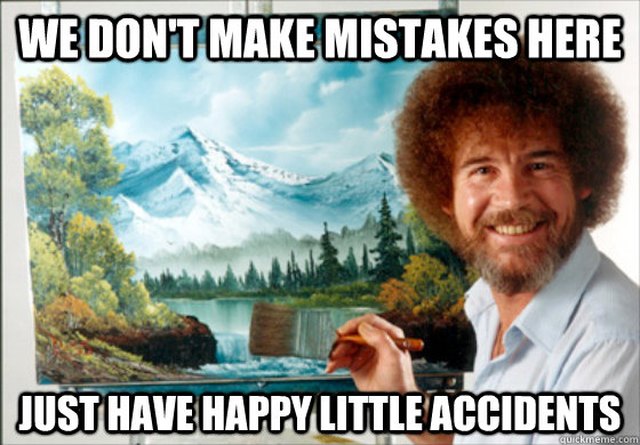 For many years, this kept me from pursuing work that I really enjoyed. I would submit a small piece of writing every couple of years, to have it rejected, and then I would nurse my wounds rather than attacking twice as hard the next time.

Then, last year, my friend Rachele and I devised a plan. What if instead of hiding our rejections, we were open about them with each other? What if instead of avoiding rejections, we actively sought them out and competed for the most? Thus, our great quest for failure began. We started an email thread— to be shared with each other and no one else— that logged each thing we tried. Our parameters were broad, especially at first. We included every job we applied for, every piece of writing submitted, grad school hurdles and accomplishments, you name it. If it scared us, then it was added to the list.

The benefits of writing down your goals are well-known by now. It can help you gain clarity and make you more likely to achieve your ambitions. That said, I think there is something even more powerful about allowing yourself — and your targets— to be fully seen by another person. Not only was I being honest with myself, but I was being completely honest with another person about what I was trying to do.

In theory, this should have terrified me. Let someone else see every way that I failed? On another day I would have said, "No thanks!" The trick that made this contest successful was the way that failure was made acceptable, even desirable. The "contest" element spoke to the achiever in each of us. For each attempt we made, each time we made ourselves vulnerable and tried for something, we entered it on the list. Rejections were counted as a point. Acceptances were counted as a negative point that detracted from your overall score. The person with the most points at the end of the year got an undetermined prize.

A secondary prize emerged. I knew that there was a possibility that Rachele could end the year with more points, but only if I had more successes than she did. This notion was intolerable, so I committed myself to having as many attempts as I possibly could.

The contest worked. Each one of us tried for more opportunities. We became less afraid of each failure, and each one stung a little less. In being open with each other about how much work went into each little "win," we secured a cheerleader. I knew that Rachele would never begrudge me a single success because she knew the work that had gone into it. She had seen, firsthand the tally of rejections that preceded it. I feel the same for her.

The contest succeeded in two ways. It helped me to reframe the way I felt about each failure. The biggest surprise was the dramatic effect that it had on my business. The contest started in June of 2015. Within a year and a half, I made the jump to getting paid to do improvisational comedy (which is rare in an industry where it's expected to be unpaid), and I was able to transition to full-time freelance. It even affected my personal life. Since I was actively seeking out professional rejection, I began to date more boldly, and it led me to my current (and best) relationship.

In recent months, I have stopped tallying the rejections as closely. I don't need them the way that I used to. Every time I have an article accepted, I think, "There are ten rejections to go with it." In the end, freelancing is a game of numbers. The more shots you have on goal, the higher potential you have to score.

As scary as it may seem, chasing failure changed my life. Now, I'm doing more of the work that I love and raking in the dough.

How to Understand Other People’s Stress at Work

How Thinking About Mistakes Can Actually Lower Your Stress