Spot the Hidden Traps in Your Local ATM 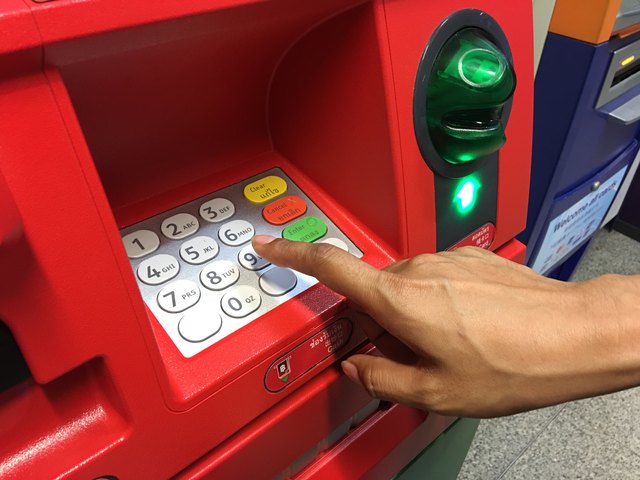 It seems less and less common to actually have cash on hand when you need it. That's thanks to the ubiquity of the automated teller machine, which can spit out almost as many dollar bills as you like, on command and anywhere you like. There are some hidden perils to such publicly available banking, however, and we don't just mean outside institution fees.

Last week, a Twitter user named Rhiannon O'Handley posted a short video that quickly went mega-viral. It's only two seconds long, and seemingly innocuous. A hand reaches for the credit card receiver on an ATM; it jiggles the plastic cover, which doesn't budge. Wrote the OP: "if you don't do this any time you go to an atm... welllllll good luck charlie."

It might look unremarkable, but users in O'Handley's mentions quickly proved her point. She's on alert for ATM skimmers, which scammers can fit right on top of the credit card insertion point and nab all your relevant financial data. In this video from cybersecurity expert Ben Tedesco, he spots glue around the rim of the device and yanks it right off to reveal electronics.

Others chimed in with more helpful tips. A Twitter user with the handle A-A-Ron writes, "As an ATM tech I can confirm this is something you should be doing at ALL card accessible terminals. Also, if you notice the card reader has been filed down in the bezel, DO NOT USE IT, as it has a deep insert skimmer and has been compromised." Scammers know we're not paying attention most of the time. Give yourself a leg up, even if double-checking might look weird.

Notice how the bezel has been filed down? This card reader has been compromised. Do not use it, and inform the institution immediately. pic.twitter.com/Ac2TmUUEm7

How to Withdraw from an ATM Cash Machine

The Basics
Saving
By: Melvin Richardson

How to Withdraw Money From an ATM Machine

How to Locate ATMs

The Basics
Saving
By: Jeannine Mancini

How to Use a BOA ATM With a Chase Card