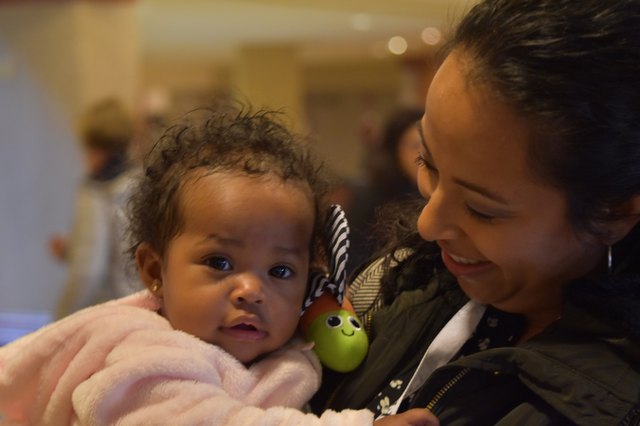 Going back to work after giving birth is a huge test for baby and parents. New moms may never have been separated from their children before; meanwhile, they have to readjust to an office routine while their whole lives have changed dramatically. It's a period fraught with stressors, but for women especially, there's also good news: You have more power in this situation than you may think.

Researchers at Belgium's University of Ghent followed 126 women during their first workweek after becoming mothers. They wanted to see how much a baby's temperament affected its mother's reentry into the workplace. Hypothetically, being away from a fussy baby could cause working moms more stress and worry. But the research team found that actually, a newborn's temperament doesn't negatively affect most mothers one way or another.

Instead, the happiest mothers in the office were those who felt confident and integrated, both as parents and workers. They tended to feel competent while interacting with the baby, develop a "warm and affectionate relationship" with the baby, and yet also feel "a sense of freedom and choice in [their] actions," according to a press release. Most of all, the happiest mothers took up opportunities not to go hard on themselves, whether for feeling overwhelmed or for missing their child.

Unsurprisingly, having an easygoing baby creates a mental buffer for new parents, which helps them cope with this added layer of stress at the workplace. But overall, new mothers who fulfilled their own psychological needs had the easiest time settling into their new routines. Judging yourself less harshly can go a long way toward happiness, even without becoming a parent; at such a unique and transformative part of your life, it's never a bad time to start.

Co-Workers Play a Major Role in Moms' Decision to Breastfeed