The Effects of Unemployment

Unemployment, particularly sustained unemployment, has both obvious and subtle effects on individuals, communities, families, businesses and political entities. The impact is felt at the personal, community and even national levels, with individuals and families suffering the brunt of emotional, psychological, spiritual and physical effects. Unemployment figures, so dry and distant to those who are working, can take devastating tolls on those who are out of work. Those same figures drive business and political decisions that create a vicious cycle of self-fulfilling prophecies -- job losses followed by economic downturns followed by still further job cutbacks. 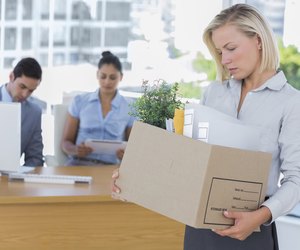 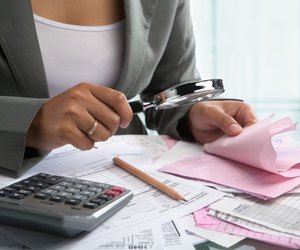 It's difficult to separate the economic and political impacts of high unemployment in a society, the two being intertwined and interdependent on so many levels. Political decisions made on the macroeconomic level to address rising unemployment -- stimulus packages, unemployment benefit extensions, industry-targeted bailouts -- have both intended and unintended consequences. Expending public funds in efforts to stimulate the economy and, in turn, create jobs, may (or may not) produce short-term results, but fallout often accompanies such decisions. The national deficit, as well as the debt, rises, and GDP falls, creating nervousness among investors and an unwillingness to throw good money after bad. Political discussion turns to raising taxes to finance ever-increasing deficits, further paralyzing investors, freezing capital and undermining businesses' ability to plan for expansion and hire workers. Taxes rise in response to -- you guessed it -- decreasing tax revenues and increased government spending. Economic output plummets as fewer people work and lose the ability to purchase goods and services. Good-faith stimulus efforts like the cars-for-clunkers program -- designed to stimulate new-car sales and rescue the flagging auto industry -- have a deleterious effect of raising used-car prices (many "clunkers" are, in reality, serviceable and re-sellable cars that were destroyed), further limiting an already distraught working class's ability to purchase affordable transportation. 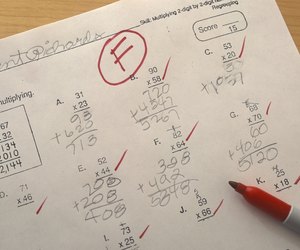 Although empirical evidence is lacking for scientific conclusions regarding the Great Depression, anecdotal evidence suggests that people in the 1930s -- when unemployment approached 30 percent at times -- suffered many of the same maladies experienced by modern unemployed workers. Sleeplessness, anxiety and depression are constant companions for many out-of-work people, especially among men. Self-esteem also plummets, particularly among men with little or no family support. Visits to doctors increase, medication use increases, and sickness is significantly higher than among employed men. Children become depressed, often absorbing much more of the gloom and negativity of the parents than may be imagined. Grades often fall and absences from school increase. Many children's self-awareness and self-esteem are directly tied to their parents' own feelings of self-worth. 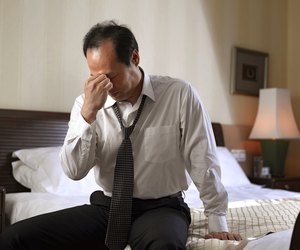 The loss of even one bread winner in a household can cause enormous stress -- financial, of course, but also ancillary effects like quarreling between spouses which, in turn, often has tragic consequences for children. School dropout rates are higher among children in households where unemployment is long-term. Children sometimes assume the emotional and mental, even physical, attributes of their stressed parents. Deterioration of family ties cannot be alleviated by any work-related support system, as that is gone. Resentment, in all directions between family members, is a chronic problem for the unemployed and their families, and abuse -- particularly physical abuse of an unemployed man toward his children and wife -- increases, according to an article published by the British Medical Journal. 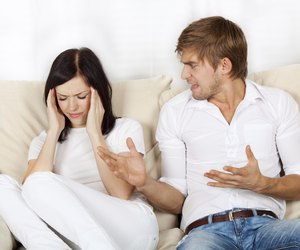 Social breakdowns -- through rising crime rates and overburdened social programs -- also occur, although data is conflicted among crime rates. Great Depression-era crime statistics, much less detailed than today's statistics, offer little proof that crime rose dramatically among the poor, suggesting that modern correlations between poverty and crime have deeper, sociological roots. Aside from the financial stress of being unable to provide the basics of food, shelter and clothing, unemployed people must deal with the added frustrations encountered when trying navigate the network of social programs designed to ease their burdens -- filing for (and often being denied) unemployment benefits, applying for food stamps, Medicaid and other public assistance, or trying to find a new job (perhaps with no transportation). Drug use increases, not only among those unemployed but among members within the family. Unemployment among youth and young adults provides breeding grounds for gang affiliations.

How Do Income Taxes Affect a Business Cycle?

The Basics
Insurance
By: Tuesday Fuller