Financial Problems That Are Associated With the Elderly

Due to advances in medical care, better nutrition and generally higher standards of living, more people are living longer. This presents unique challenges in every area of a person's life, but especially when it comes to finances. Methods of saving and planning for retirement used by previous generations no longer work for many older persons today, and much in the economic world has changed since the current generation of elderly persons first began planning for this era of their lives. This creates a myriad of financial problems associated specifically with the elderly. 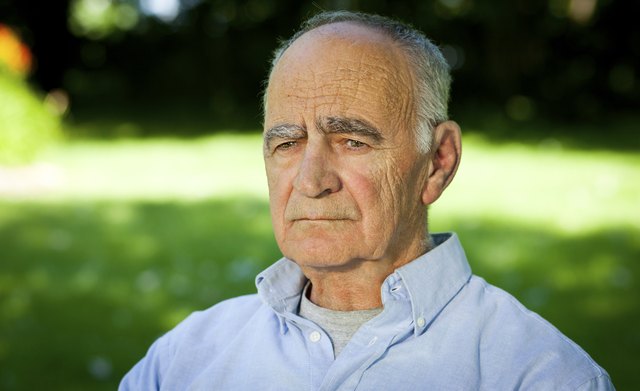 It's no secret that healthcare costs increase with age. According to the National Center for Policy Analysis, a person age 65 or older who is covered by Medicare will pay out-of-pocket costs of around $4,900 annually on healthcare costs, including premiums for Medicare Part B, premiums for the Part D drug plan, and coinsurance and deductibles. Not all seniors are the same, though - those age 65-74 will average about $3,850 annually, while those 75-84 will pay about $5,065, and seniors 85 and over can expect to pay about $8,300 annually. By contrast, the out-of-pocket costs for the average family of four with employer-subsidized health insurance is around $9,700 annually.

Costs for other necessities, such as housing and food, don't necessarily decrease when a person ages, which simply adds strain to budgets that did not factor in these increased costs when planning for retirement and old age. In addition, this often forces elderly persons to cut costs in other areas, causing problems such as sub-standard living conditions or poor nutrition.

Many younger persons have more financial freedom than elderly individuals simply because their incomes are not necessarily fixed. Pensions or retirement plans (and sometimes only Social Security) often constitute the only monthly income many elderly persons receive. Due to health issues, lack of transportation, or simply an inability to adequately perform certain job functions, many elderly people cannot just pick up a part-time job or find other ways to supplement their incomes. So when prices rise or they incur unexpected expenses, a limited, fixed budget becomes even more limited.

Financial abuse of the elderly constitutes a common problem from which many older persons do not have the resources to recover. The National Committee for the Prevention of Elder Abuse asserts that many elderly persons often experience isolation, loneliness, numerous losses (i.e., deaths of friends/family members, loss of health, moving), and deterioration in their physical or cognitive health. The combination of loss, physical and mental deterioration, and isolation leaves them vulnerable to criminals who prety on the elderly, sometimes cheating them of their savings or stealing their monthly payments.Additionally, many elderly persons experience financial abuse at the hands of relatives, caretakers or other known, trusted people, not from salespersons or other strangers.

Too many people assume that the costs of care provided in a nursing home, an assisted living facility, or at home, will be paid by Medicare, but Medicare pays only for medical care. The costs of these types of custodial care can be staggering. A semi-private room in a nursing home, for example, averages more than $200 daily, or more than $6,000 per month. A one-bedroom unit in an assisted living facility averages nearly $3,300 per month, and at-home care costs about $21 per hour. Those whose resources cannot support such costs may be covered by Medicaid, but only after a "spend-down" process that exhausts whatever resources are left.

The Basics
Taxes
By: Jagg Xaxx

The Basics
Insurance
By: Rod Howell

Financial Help for Families of the Incarcerated