The True Cost of Being a Woman

It's hard to believe that almost a century after women got the vote, we are still facing gender based inequality. In fact women make on average 20% less than men despite holding more college degrees. 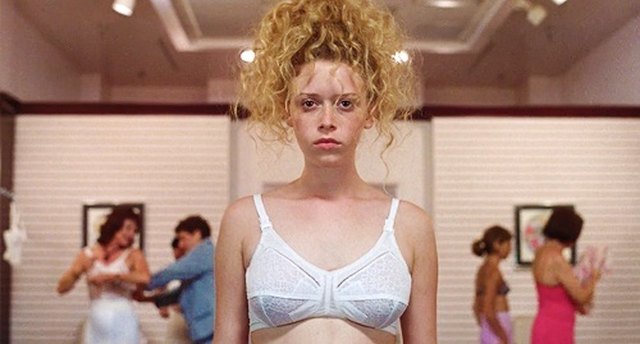 The Institute for Women's Policy Research estimates that at the current rate of growth it will take until 2049 until we will see equal pay for equal work.

With wage parity still a ways off, women have to make every dollar count - and yet many of our regular expenses feature inflated costs versus comparable male products or services. Worse still, some are items we are made to feel we need simply due to our gender. Forbes actually estimates that women spend $1400 a year on unfair gendered pricing.

The Top 10 Products Marked Up For Women

Removing hair on the legs, underarms and bikini area is an expensive cultural expectation in the west and runs women a staggering $10,000 over the course of their lifetime.

Women pay more for the same haircut, more for color and more for styling products. Most women also own a selection of costly hair styling appliances such as hair dryers, hot irons and curling tongs.

Between foundation, blush, mascara and lipstick women spend on average $15,000 on make up products. The cosmetic industry is a multi billion dollar enterprise constantly trying to convince women they need expensive lotions and potions to be beautiful.

Men may buy a set of nail clippers, but for women nail care is big business. Manicures, cuticle care, colors, oils and serums all add up.

A sheer piece of nylon that barely lasts a couple of washes can set you back up to $20, and for luxury brands you can expect to pay as much as $100!

There's a good case to be made that tampons and pads are essential non luxury items and should be supplied to women without cost. Instead women are charged a minimum of $60 per year and then taxed on these items. A movement called Free The Tampons is campaigning to have taxation on feminine care products removed.

The diet industry is worth an annual $20 billion and its sole aim is to make you believe you are fat and you need to buy their products. Women are bombarded with images of the "ideal body" to a magnitude not exhibited towards men, with profit as the primary objective.

Over the shoulder boulder holders are worn by most American women, be it for comfort, support, or simply because it's a cultural norm in our society. This female-only undergarment doesn't come cheap, women worldwide spend $16 billion on bras.

Even when differences in material and design are taken into account, women are still being charged more for dry cleaning.

Women pay up to 31% more for the same health insurance coverage as men, as reported in the New York Times. The new healthcare law aims to change this, but in practice women's health insurance premiums are still more expensive than men's.

Of course purchasing some of these products is entirely optional, and plenty of women happily pay for cosmetics, bras and more because they enjoy using them. But in many cases the costs are higher simply because they are marketed to women. The NYC Department of Consumer Affairs found that in the case of shampoo and conditioner for example, women paid 48% more for a similar product.

These unfair price differences are also not always simple to detect, when it comes to stick deodorants men and women pay a similar price but the male version is up to 20% larger. To avoid price gauges female consumers need to be observant and price match against similar products marketed towards men.

So what can you do about it?

Wherever possible buy the cheaper male version of products and services especially when they represent an identical product, for instance razors, where only the packaging differs.

Challenge businesses to explain their unfair pricing and if their justifications don't convince you then vote with your wallet and take your business elsewhere.

Find out the laws in your state to prevent gender based discrimination and be prepared to report violators. In New York and California, companies can be charged a $250 fine for a first offense of unfair gender based pricing.

The NYC Department of Consumer Affairs report into gender pricing found the inequality starts early, with girls clothing and toys being more expensive than similar products designed and marketed towards boys.

The solution could come with the outcome of the presidential election. If appointed leader, Hillary Clinton has already promised to address the discrepancies between the sexes when it comes to health insurance costs.

It's at least conceivable that her possible appointment could work to address the so called "Female Tax" and wage disparity as a whole.

But ordinary women must not underestimate their ability to affect change. After all, money talks, make sure yours is shouting for equality, loud and clear.

Do Women Really Pay More for Deodorant Than Men?

5 Hidden Costs Women Have to Deal With That Men Don't

This Is What Makes Men Crave Luxury Goods