How My Single Working Mother Taught Me About Financial Independence

When I was a child I'd watch my mother put on her makeup in the morning, well before the sun was awake. By the artificial light in the living room, she'd hold her mirror compact up to her face, and trace the lines of her lips with her lipstick. She'd pucker them once, twice, and then dexterously dash the lipstick on her cheeks, blending it into her skin with her fingertips, turning heavy streaks into a rosy glow like a magician. When she was done, she'd flip her still damp hair over, and wave it in front of the heater for a moment. Then we were out the door, just as the sun began to rise. 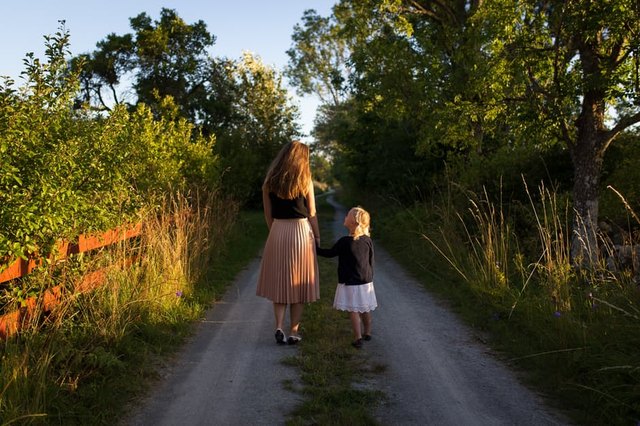 My parents split up when I was two. My mother took me, sold her half of the house to my dad, used the money to buy a modest flat, and just like that, we became two gals alone in a medium sized city. Without financial support, my mother threw herself into the everyday task of keeping the lights on and the hot water running. My memories of her then taught me everything I've ever needed to know about financial independence as a woman.

Back then, my mother was younger than I am now. Not yet thirty already divorced and with a small child, she went back to school to earn her University degree. When money was scarce, she'd take me to lectures with her, where I'd dutifully sit by her side, drawing in silence to pass the time. She'd do the same when she started working full time -- but instead, I'd sit under her desk, every now and then emerging to do her photocopying with a bonus eleventy billion photocopies of my tiny hands. In the evenings, she'd read me books, and before I started primary school she'd taught me how to read and write using flashcards she'd made.

I don't think back then I realized how hard it must have been for her, with the inherent barriers of her unpronounceable immigrant surname (in a 1980s Australia that was still largely hostile to Southern European immigrants), and being a single mother entering the workforce for what was essentially the first time. I didn't know to say "Thank you"-- indeed, at the time, I hardly understood the impressiveness of her determination. I didn't understand how impossible the tasks that lay ahead of her must have seemed.

We often say "show, don't tell" when we talk about storytelling, and without either of us knowing it then, my mother showed me exactly how to be a woman with her own money in the bank. I saw life go belly up when her marriage didn't work out the way she had hoped it would. An unexpected twist that threw her life into turmoil at a time when she had an unshirkable responsibility to a tiny, needy human.

I saw her chase the things she wanted even when the world seemed to say "no", and with tireless persistence, work herself into a position where she could pay to keep us fed, warm, clothed. Eventually, she'd meet my stepfather and remarry, and then I'd see it all over again -- I'd see her keep her own savings account, and when he was earning enough to support her, I saw her refuse to give up her own job, which she still does part-time to this day.

My mother taught me that the only person you can rely on for financial support is you. Life is unpredictable. The men my grandmother's generation relied on for income even more so. She taught me that the only answer to society's many no's, cultural perceptions around womanhood, motherhood, and ethnicity making things difficult, is to prove them wrong. She taught me that you might sometimes fail, and it might often hurt, but that you get back up and do it again and again and again until something gives.

It was much the same mentality she used to force me to go to school or my weekend job in my teenage years, when I was feeling "sick".

"Mum", I'd call to her from my bedroom, "I don't feel well, and I don't think I can go to school." She'd appear almost instantly in the doorway.

"What is it?" she'd ask, shuffling over to rest the back of her hand on my forehead to feel for heat, "Are you dying, do we need to rush you to the hospital." 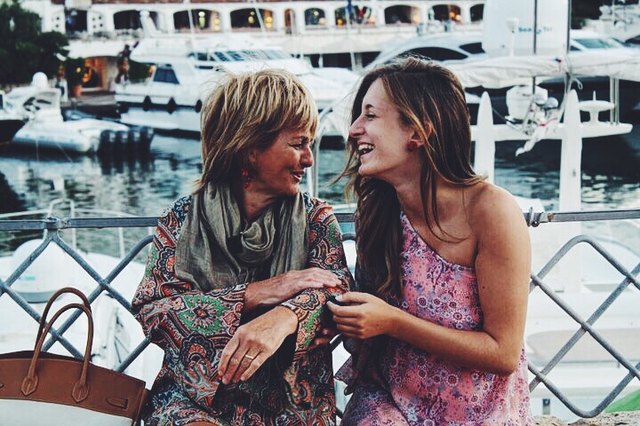 "No, nothing like that," I'd say sheepishly. "My throat's just a bit scratchy."

I never missed a day of school or work when I was growing up.

"When the going gets tough," my mum would say, "The tough get going." She taught me that to be intellectually capable and financially independent, I had to be insatiable. She also taught me that all work -- whether it was bussing tables, as I did when I was 15, or working for a solicitor, as I did at 25 -- was honorable work. She never let me get out of service industry jobs for a runny nose, because, as she would say, "You have to take pride in your work, no matter what it is."

But it was those formative years when it was just the two of us when I learned the most important lesson.

In the early mornings, driving down deserted streets, porch lights of stirring houses clicking off as we passed, the sun coming up over the city skyline, mum would ask me what I wanted to be when I grew up. "A race car driver," I'd say, "But that's impossible."

Her brow would always furrow when she responded to me, "Nothing is impossible," and after a brief pause, "What's impossible?"

"Nothing," I'd answer, as we drove into the sunlight.

Can I Claim My Daughter as a Dependent if She Works & Goes to School?