A number of factors contribute to the salary of a 747 pilot, including who his employer is, his years of service with the airline and whether he's a captain or a lower-raking first officer. In the U.S., there are only two passenger airlines — Delta and United — that operate Boeing 747 aircraft. Outside of the major airlines, there are a number of cargo airlines that fly the 747; their salaries are comparable to those of the major airlines. 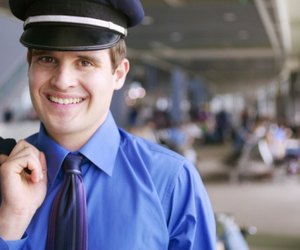 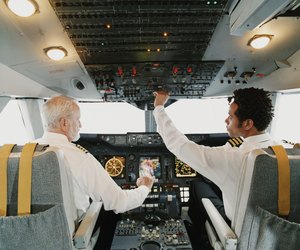 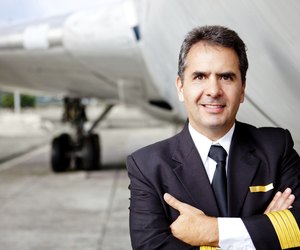 The captain of a 747 can start out earning $177 per hour at United in his first year.
credit: Andreas Rodriguez/iStock/Getty Images

According to AirlinePilotCentral.com, the captain of a 747 can start out earning $177 per hour at United in his first year; by his 12th year, the captain maxes out at $190 per hour. Similarly, captains can earn $199 to $217 per hour at Delta. Keep in mind, however, that flying the 747 within an airline context is largely determined based on seniority. Generally, only the most senior pilots are able to fly the large 747 aircraft. At cargo airline UPS, 747 captains top out at $252 per hour. 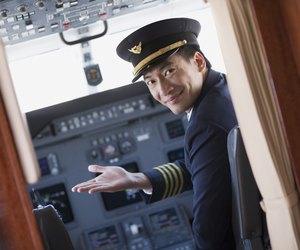 A first officer starts out on the 747 at United at $33 per hour.
credit: Fuse/Fuse/Getty Images 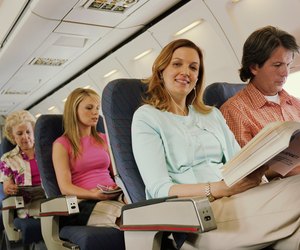 In addition to a salary, airline pilots and their immediate family can fly to all destinations serviced by the airline for free.
credit: Digital Vision/Digital Vision/Getty Images

In addition to a salary, airline pilots who work for a major airline are often entitled to flight benefits with the carrier. The compensation, although not part of the pilot's direct salary, permits him to fly, if the space is available, to all destinations serviced by the airline. This flight perk, known as passes, is extended to the pilot and his immediate family.

The Salary of AAA Baseball Managers

The Average Salary of an Airline Steward

The Basics
Taxes
By: Joseph Jacob