What Is the Average Pay for Trucking Dispatchers?

Trucking dispatchers send drivers to pick up and deliver freight. They use telephones, radios and computer messaging systems to provide drivers with all necessary information regarding scheduling and locations of pick-up and delivery. Dispatchers also keep records of all the work performed. Most trucking dispatchers earn at least $13 per hour as of 2010. 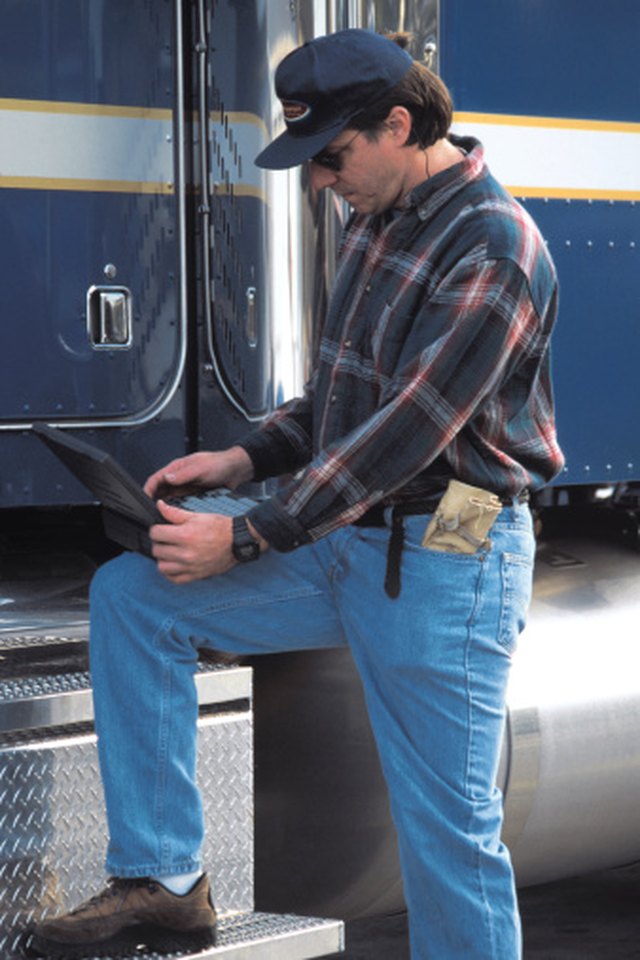 A truck driver gets information from a dispatcher via computer.

For salary figures, the U.S. Bureau of Labor Statistics includes trucking dispatchers with all dispatchers except those who dispatch police, firefighters and ambulances. The average salary for all these dispatchers as of May 2010 was $18 per hour, or $37,430 per year. The largest number of all dispatchers in this classification work for general freight trucking, earning $18.91 per hour on average in 2010. Other options include specialized freight trucking, where the average pay rate was $19.22 per hour, and freight transportation arrangement, with average pay of $19 per hour. Freight transportation arrangers coordinate the movement of freight between shippers and carriers, offering a combination of services including different methods of transport.

Although the U.S. Bureau of Labor Statistics sees a decline in job growth for this occupation, the agency predicts favorable job opportunities due to turnover. Candidates with computer skills and experience in the field should have the best opportunities.

How Much Money Do Railroad Conductors Make Per Year?

Yearly Salary for a CNC Machinist