Mechanical engineers use their expertise in mathematics and in mechanical systems to design tools and machines and solve mechanical problems. These workers are employed in a variety of industries and can be found wherever machines need to be designed, maintained or repaired. Their salaries differ according to factors such as the industry in which they are employed and their location. According to the federal Bureau of Labor Statistics, the average annual salary of mechanical engineers in the U.S. in 2009 was $80,580. 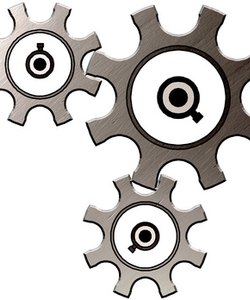 The BLS reports that mechanical engineers employed in the "other telecommunications" sector of the industry had the highest average salaries out of any sector, making an average hourly wage of $45.75, or about $95,160 per year. The second highest-paying sector was "spectator sports," where the average salary was $44.76 per hour, or $93,100 per year. Of the top five highest-paying sectors, the fifth highest paying was "federal executive branch," where engineers made an average of $44.02 per hour, or about $91,560 per year.

According to the BLS, the five states with the highest average mechanical engineer salaries in 2009 were Alaska, the District of Columbia, Colorado, New Mexico and Virginia. Mechanical engineers in Alaska made an average of $47.49 per hour, or about $98,790 per year, while those in Virginia made an average hourly wage of $43.34, or $90,140 per year.

How Much Does a Chemical Engineer Make an Hour?