About How Much Do Aluminum Welders Make an Hour?

Welders are not magicians, but they do harness the power of fire to join two or more previously separate parts of metal together as one. Welders are involved with designing and building items from the smallest computer board components to aircraft to massive building structures. According to the State University website, welders have more than 100 welding techniques to choose from when working in their profession and are often using machines, gas and electricity to perform their duties. 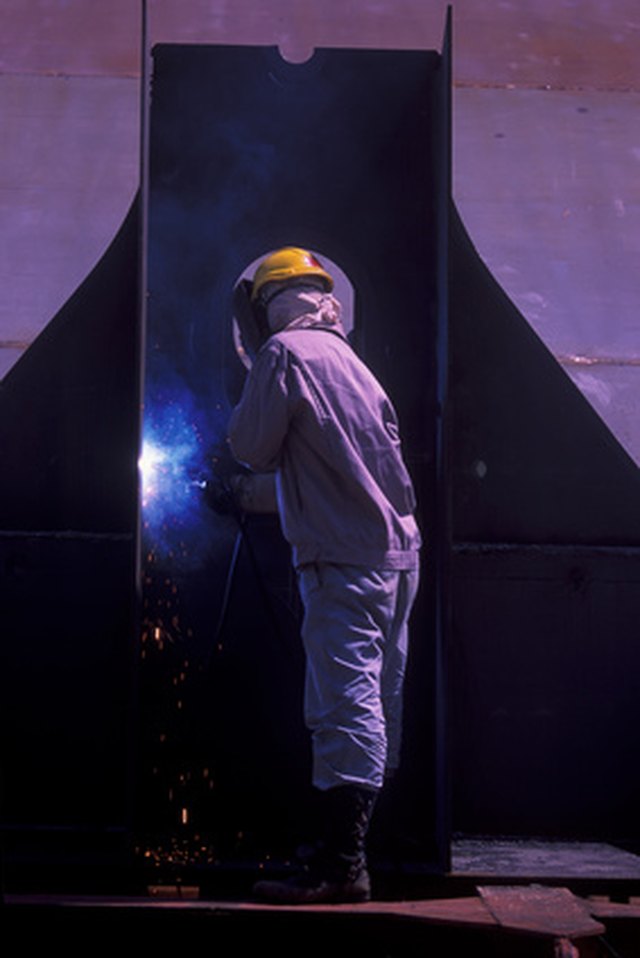 Welders use fire and heat to join metal pieces together.

The U.S. Bureau of Labor Statistics determined the country's average hourly rate for aluminum welders to be $17.61 in 2009, but also noted several industries that pay higher. The bureau's top-paying industry for welders was the spectator sports industry, with an hourly rate of $29.73. The natural gas distribution industry also paid higher-than-average salaries, at approximately $26.81 per hour, followed closely by paper mills, at $26.27 per hour and electric power generation, at $26.21.

Aluminum welders earned salaries exceeding the national average in a number of states in 2009. The country's highest-paying state for welders was Alaska, with an hourly rate of $29.59. Hawaii placed second, with salaries of $25.10, closely trailed by the District of Columbia, at $24.95. Wyoming came in fourth, with hourly rates of $22.45, followed by the state of Washington, at $20.75 hourly.

Prospective aluminum welders have a number of ways to learn the skills required for earning a salary in their field. Courses are available in short-term certificate, diploma and two-year associate degrees from technical schools and community colleges across the country. Candidates for welding jobs may also seek training from organizations such as the American Welding Society, offering certifications such as Certified Welder, Certified Welding Engineer and Certified Robotic Arc Welding.

The BLS expects employment of welders to decline between 2 to 7 percent through 2018, with a loss of approximately 10,500 jobs total. The BLS attributes the decline in part due to machinery automating some of the welders' job duties and notes that welders who seek post-secondary training or credentials will have the best opportunities to earn salaries in their field.

How Much Does an EMS Make Per Hour?

How Much Does a Occupational Therapy Assistant Make an Hour?