Salary of a Scientific Diver

Scientific divers work below the surface of water, using scuba or bell-helmet diving gear to inspect, monitor or maintain underwater scientific test instruments. Divers may conduct experiments or tests, collect water or marine life samples, and observe and photograph sub-surface features or anomalies for scientific testing and evaluation. Divers are an integral part of oceanographic research. Salaries of scientific divers are dependent on experience, certification, geographical location, the risk of the diving challenge and the employer. 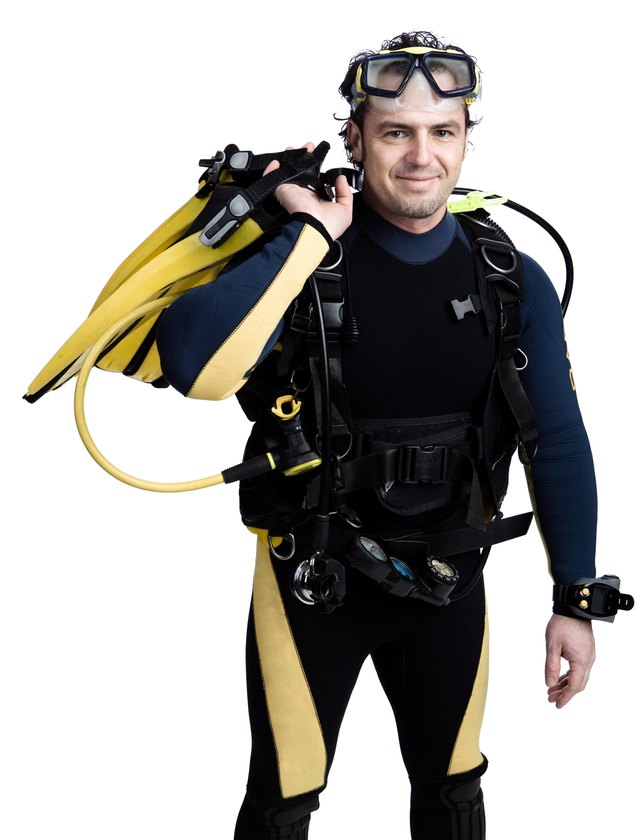 Scientific divers are certified by the NOAA.

Many scientific divers are biological scientists, working as part of a scientific research team. Salaries are reflective of their scientific education and training. Pay rate is based on their contribution as a scientist, rather than their diving qualifications. The United States Department of Labor reports that as of May 2010, the annual median salary of wildlife marine biologists were $55,290. Biologists in the lowest 10 percent of wage earners received $33,550 or less. Biologists in the highest 10 percent received $90,850 or more.

Scientific divers are less likely to lose their jobs during times of economic uncertainly than those in other occupations because many are employed in long-term research projects. However, an economic downturn could limit or curtail the extension or renewal of existing projects.

The Average Salary of Aerobatic Pilots

How Much Do Seaplane Pilots Get Paid?

How Much Does an Archaeologist Get Paid?