How Long Do Banks Give You to Pay Overdraft Fees Before Closing Your Account?

When you have more obligations against your bank account than you do money in it, your bank has several options. It can return those obligations unpaid, likely charging you a fee for having insufficient funds. It also can pay the creditor as requested, leaving your balance in the negative. When this happens, you're charged an overdraft fee. Failure to pay this fee and rectifying your negative balance quickly gives the bank the option of closing the account. However, if you contact your bank early, you may find they're willing to work with you. 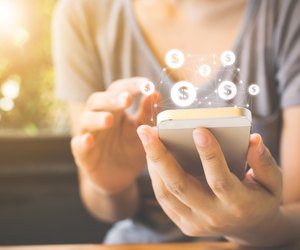 How Long Do Banks Give You to Pay Overdraft Fees Before Closing Your Account?
credit: marchmeena29/iStock/GettyImages

The typical agreement consumers must sign before opening a bank account details the circumstances under which it can be closed. Banks typically give themselves the right to close an account at any time after giving a specified period of oral or written notice, usually five to seven days. In the case of overdrawn accounts, however, banks legally don't have to provide advance notice if they believe closing the account is necessary to protect themselves from risk or loss.

As a matter of policy, banks vary the time they take to close negative accounts based on the size of the overdraft and the banking history with the consumer. This is where banking loyalty works in your favor. Many typically wait 30 to 60 days before doing so, while others may wait four months. The extended period occurs because bank officers would much rather you bring the account current than close your account. The latter requires the bank to charge off the debt and record it as a loss on its books.

Regardless of the general policy, an account that is overdrawn by a large amount on a regular basis may be a big enough risk that no notice is offered at all when the account is closed. In addition, when a bank believes the overdraft is a result of fraud, such as when a series of bad checks are deposited from a closed account and then returned, the account may be closed immediately. You also can close an overdrawn account yourself by contacting the bank and making that request.

Whether an overdrawn account is closed by you or the institution, it doesn't end your obligation to rectify your negative balance. Banks report overdrawn and unpaid accounts to consumer data services like ChexSystems, which give customers a score in terms of banking reliability much like the three major credit bureaus do for credit-worthiness. Because banks use these databases when checking to see whether prospective customers should be approved, negative information in these databases makes it less likely you'll be able to get another bank account later.

Once you pay your balance, banks are supposed to update the information in ChexSystems and other databases to indicate that you settled the obligation, even if they don't erase the reason why the account was closed. Banks don't always do this, however. You can get a free copy of your ChexSystems report every year by contacting that company. You also can receive a free copy when information from that database results in you being denied banking privileges. Read the report carefully and follow the specified procedures to dispute inaccurate information. Information reported by banks should age off the report after five to seven years, but if you do not pay your balance, you may not be able to open a new account during this time.

Who Is Liable for Forged Checks?

The Basics
Saving
By: Ganine Gambale

The Basics
Saving
By: Pam McCallum

When Do Collection Agencies Report to the Credit Bureau?

The Basics
Debt
By: William Adkins

If a Bank Account Is Sent to Collections, Can It Be Reversed?