Reasons banks close accounts may include inactivity, low balances and instances where their customer's actions have been deemed as posing a specific risk to the institution. These risks include monetary losses, as well as the potential of fraudulent activity. However, banks also can close accounts at their discretion, even if the owner has kept the account in good standing. 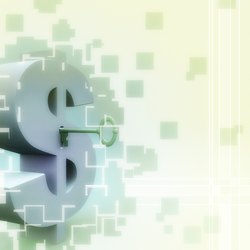 When Would a Bank Decide to Close Your Bank Account?
credit: Chad Baker/Thomas Northcut/Photodisc/GettyImages

Banks usually close inactive accounts due the expense of maintaining them. While the costs incurred by each inactive account are negligible, the cumulative total of all accounts can affect an institution's bottom line. Generally speaking, these costs include record keeping, mailing out paper statements, providing online security and storing data. Banks have the option of charging monthly inactivity fees, but if there are no funds on deposit, an account will be closed after a specified amount of time.

Accounts that are constantly overdrawn or repeatedly bounce checks pose the risk of financial loss to banks. These accounts are monitored closely, and banks may leave accounts open but prohibit transactions until negative balances are paid in full. Accounts with ongoing negative balances will eventually be closed, with the amount of time allowed to the owner to cover the balance determined by each institution. When the account is closed, the bank pays the debit balance and sends the account to collections.

Banks monitor accounts for activities that raise red flags in terms of unusual or potentially fraudulent activity. An example of unusual activity would be an account with a series of deposits much larger than would be indicated by the owners' employment status. For example, a bank would become suspicious of consistently large cash deposits into an account of a full-time student. Business accounts that are constantly being debited for charge-backs also draw attention, as this gives the appearance that the offending business is processing credit card transactions that are later disputed, generate complaints or found to be incorrect. Banks can close these accounts at any point in time.

Banks have the right to close accounts at their discretion and there are no federal banking laws governing the process for closing accounts. This means that a bank can close an account without providing notification of the action. Each bank sets its own terms for closing accounts. These actions are covered by the Terms and Conditions or the Deposit Account Agreement that are provided to account owners when an account is opened. Generally speaking, the language that covers account terminations includes the bank's right to close an account at any time, as well as providing notification and the return of any deposited funds within a reasonable period of time.

If My Bank Account Is Closed by the Bank, Does It Mean I Can't Open Another Account?

The Basics
Saving
By: Jackie Lohrey

Bank Restrictions for Removing Money From Your Bank Account

The Basics
Saving
By: Jessica Whitta

What Happens with an Overdrawn Bank of America Account?