What Is the Pay Scale for the Air Force?

The Defense Finance and Accounting Service publishes the pay scale for the Air Force. The pay scale shows the monthly pay rate for each enlisted and officer rank in the Air Force along with other important pay information such as allowances, cost of living adjustments and an annual pay raise approved by the U.S. Congress. 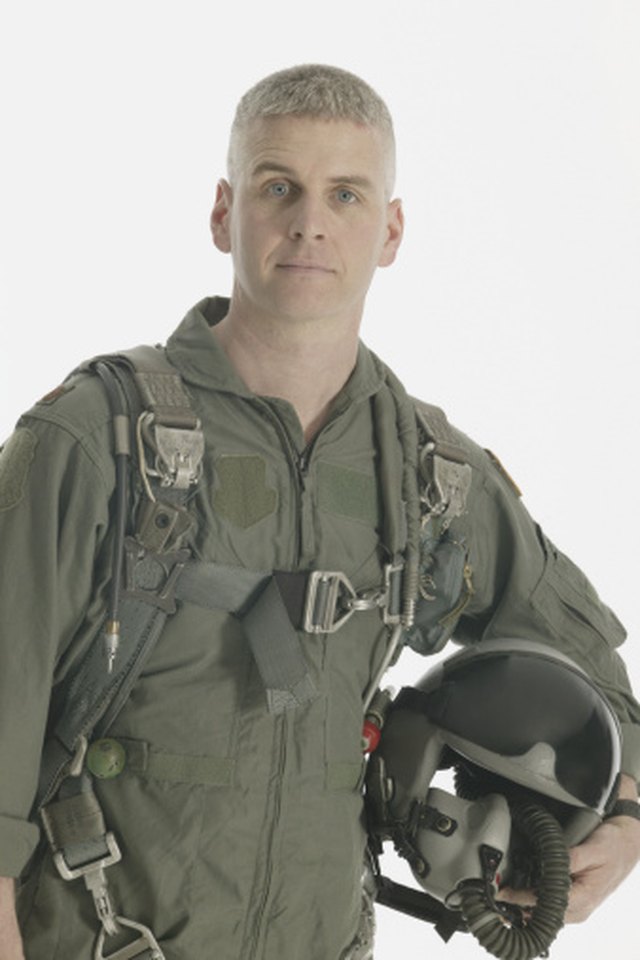 Air Force pilots hold officer rank and receive salary depending on rank and time in service.

Similarly, enlisted personnel serving in the Air Force receive monthly pay according to rank and corresponding pay grade. The Air Force pay scale ranges from E-1 to E-9 depending on rank. For example, a new enlisted member of the Air Force holds the rank of airman basic, which corresponds to the E-1 pay grade. According to the pay scale, an E-1 in the Air Force receives $1,357.20 per month during the first four months of service. Pay for an airman basic increases to $1,467.60 after four months. For comparison, a senior enlisted member of the Air Force in the rank of Command Chief Master Sergeant corresponds to the E-9 pay grade and receives $5436.60 monthly after 20 years of service.

The Pay Scale if You're Married in the Air Force

The Average Income for a Staff Sergeant in the Air Force

What Is the Base Pay for an E-3 in the Air Force?

How Much Does an E3 Make in the Marines?

How to Calculate Military Retirement Pay