Will a Student Loan Deferment Affect a Credit Score?

When you have a student loan in deferment, you're not required to make payments on the loan. You still owe the money, and you'll have to pay it off sometime -- you just don't have to do so now. The debt will appear on your credit report, and so will the deferment, but the deferment will not affect your credit score. 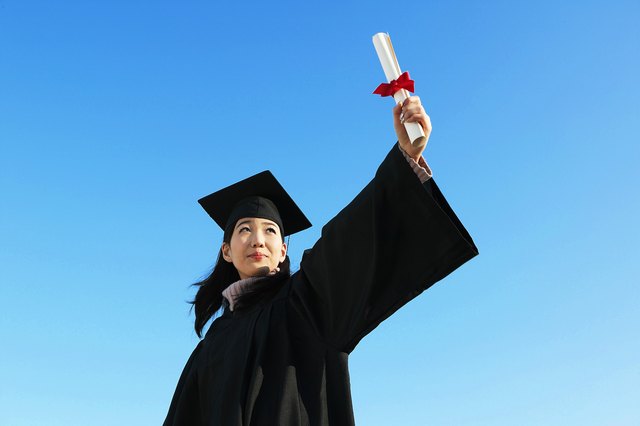 Lenders regularly offer student loan deferments while a borrower is still in school. Deferments also are available for other reasons, including unemployment, economic hardship and, in certain cases, military or other national service. According to a study by the TransUnion credit reporting bureau, more than half of all student loan accounts were in deferment in 2013. Although you don't have to repay a loan while it's in deferment, interest usually continues to accrue on the money you owe.

Student loans appear on your credit report. If a loan is in deferment, that will be noted in the entry for the loan account on your report. Even so, deferment will not affect your credit score. Credit scores are designed to measure the risk that an individual will default on a debt -- that is, not pay it as promised. Since the point of deferring a student loan is to delay repayment until you're in a better financial position, a deferment can actually reduce the chance of default.

Debt Can Have Effect

Even though a deferment will not specifically impact your credit score, the student loan itself can have an effect. Say you have deferred student loan debt of $20,000. That debt appears on your credit report, which means it can be considered in your credit score -- and total debt load is one of the many factors commonly included in credit scoring formulas. A scoring formula could mark you down simply because of you have $20,000 in debt to your name. Additionally, you may have the option of taking the interest that accrued during deferment and adding it to the balance owed on the loan. That would increase your stated debt load, which might affect your score further.

Deferment doesn't really do anything except delay the inevitable -- the time when you have to start repaying the loan. Once your student loan goes into repayment, it's essential that you make your payments on time every time. Doing so will help you build a good credit history. Late payments will hurt your credit score, although it's not possible to say exactly what the effect will be because everyone's credit profile is different.

What Does Student Loan Forbearance Mean?

What Is a Forbearance on Student Loans?

The Statute of Limitations on Debt in Colorado

The Basics
Debt
By: Lauren Treadwell

What Does "Capitalized Interest" Mean?