Handy men, also known as general maintenance or repair workers, are found all over the country performing a wide range of tasks. These workers specialize in tackling problems that commonly arise in the ordinary household or business setting, and can be found repairing anything from plumbing issues to broken window panes. Handy man salaries differ broadly. 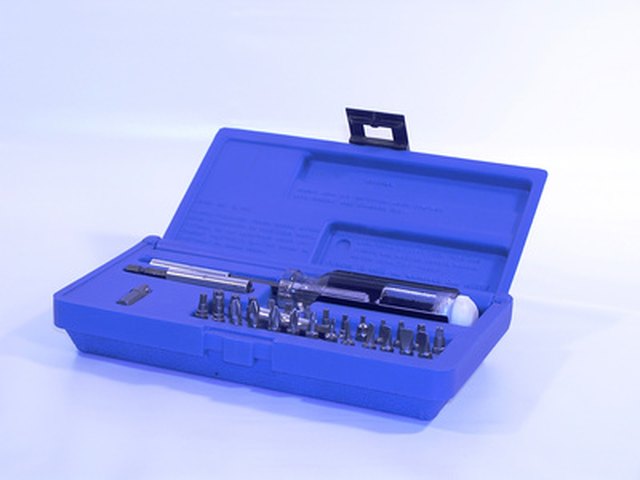 Handy men are good at fixing a multitude of common problems.

Hanydmen were most commonly employed in the "lessors of real estate" sector of the industry in 2009, according to the Bureau of Labor Statistics. The estimated 131,380 workers in this sector earned an average of $15.17 per hour, or about $31,550 per year. Those in the second-most common sector, "local government" earned an average wage of about $18.46 per hour, or $38,400 per year.

Handymen employed in the "motor vehicle manufacturing" sector of the industry had the highest average wages out of any sector in 2009, according to the Bureau of Labor Statistics, earning about $27.68 per hour, or about $57,570. Those in the second-highest paying sector, "courtiers and express delivery services," made about $27.32 per hour, or about $56,830 per year.

The Bureau of Labor Statistics reports that the five states with the highest average incomes for handymen in 2009 were: Alaska, the District of Columbia, Connecticut, Massachusetts and Illinois. Handymen in Alaska earned an average salary of about $21.44 an hour, or about $44,600 per year, while those in the District of Columbia made about $21.33 per hour, or about $44,360 per year. Gary, Indiana was the city with the single highest average salary for handymen, where these workers earned about $23.64 per hour, or about $49,160 per year.