How Much Money Do Fishermen Make?

Fishermen and fishing vessel operators work long hours under dangerous conditions to take food stock from the world's oceans and bring them to market. The workers often travel hundred of miles out into open ocean, traveling on boats with multiple crew members. Commercial fisher salaries vary, depending on various factors. 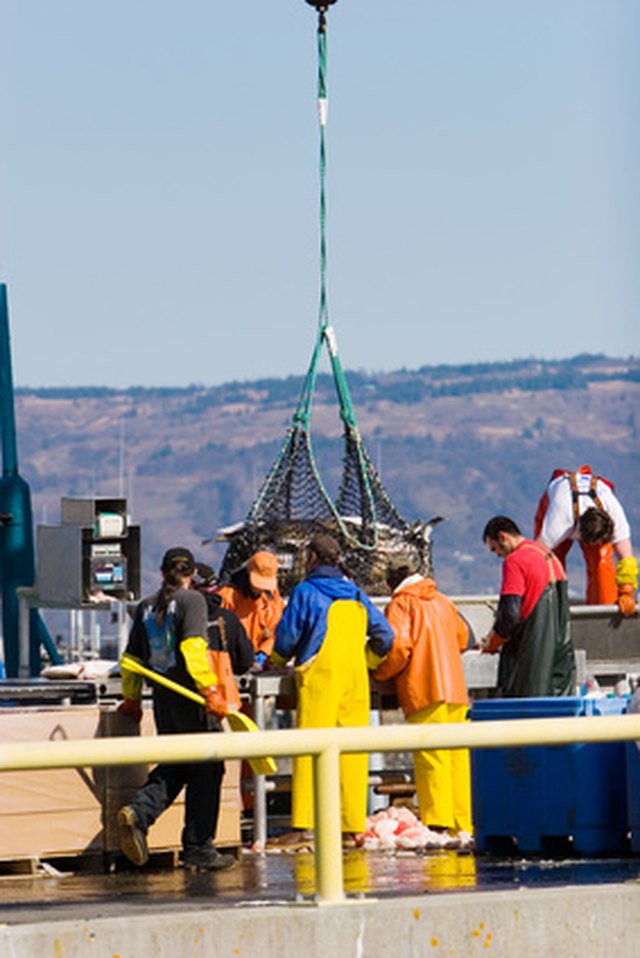 The Bureau of Labor Statistics reported that fishermen salaries differed between various industry sub-sectors. The highest paying sectors include federal and local government, as well as other areas such as grocery wholesales and sightseeing transportation. Those working for the federal executive branch had the highest average salaries in 2009, earning $19.32 per hour, or $40,180 per year. Those working for local government earned $14.38 per hour, or about $29,910 per year.

Fishermen salaries also differ from state to state. The Bureau of Labor Statistics reports that the three highest paying states for fishermen in 2009 were Washington, Massachusetts and New Jersey. Fishers in the highest paying state, Washington, earned an average salary of $15.60 per hour, or $32,450 per year, while those in New Jersey earned $10.60 per hour, or about $22,040 per year. Workers in Edison, N.J., had the highest average in any metropolitan area, earning an average of $10.10 per hour, or $21,020 per year.

Commercial fishermen salaries vary widely based on other factors as well, such as the person's position and ownership percentage of the fishing vessel, according to the BLS. Fishing proceeds are distributed to a ship's captain and crew typically only after the costs of all supplies are accounted for. Crews typically get paid based on a specific percentage after expenses, with the ship's owner taking half, dividing the remaining half among the crew.