How to Claim Government Land

The term "claiming government land" is very misleading. The United States government does not give away land . Movie depictions of land claims in history were very rare, and the most common misconception was regarding a "homestead." The Free Homestead Act of 1863 provided incentives to free men and women to settle on unoccupied land throughout the United States for a reasonable amount of purchase. The homestead claim had certain requirements and became the center of numerous disputes and scams. It is believed that this act created opportunities for many underprivileged citizens and immigrants to acquire independence and the American dream. 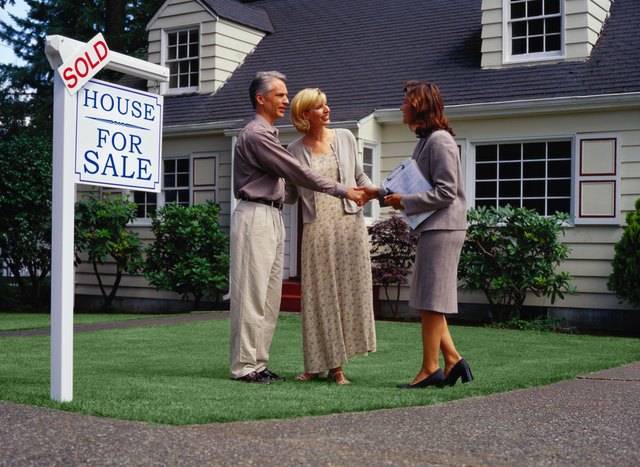 The homestead is different today. It is a way to protect real personal property, and the requirements and benefits can vary from state to state.

Giving away property is not in the government's agenda, but selling it is. The federal government and each of its independent states have a variety of properties they are willing to sell at a reasonable profit. Most of the items for sale are generally acquired by unexpected means like missing owners, legal search and seizure and the unlucky.

Law enforcement agencies accumulate an abundance of items such as abandoned cars, firearms used in illegal operations and real estate seized from drug dealers. After a while, it really starts to add up. Most major cities hold auctions on a regular basis. The smaller towns may hold it only once a year but have been known to ship items to the nearest metropolitan area to expand on their auction activities. Contact your local police department for details. They usually know how to direct you to the proper path or to someone else who can.

The recent economic crisis has opened the door for some very lucrative real estate deals. Foreclosures have sprouted up everywhere. Some are being auctioned, instead of the traditional bank approach, but it is still worth the effort of purchase if you have the available funds to acquire it. Some real estate big-wigs are very desperate, and the wisest consumer can find some amazing deals. Study and diligence are key factors in this purchase. The best advice--know your market!

Every now and then the government has something to sell that wasn't acquired by shady means. Sometimes, they want to sell a building they don't need anymore. You can see ads for these purchases in the classified sections of major newspapers. They can be very good purchases because the buyer will usually get more for their money. Buying a large warehouse to renovate it into a large apartment building has gotten many stranded neighborhoods out of poverty and into posh marketability. One Queens, N.Y., neighborhood slept along the East River for years until someone bought up the industrial buildings and turned them into condos. Now, it is steadily rising in artist fashion.

The realities of attaining free anything is a challenge, and government property is no exception. Several years ago, a prairie land state advertised giving land away to promote population growth. The requirements included personally attending the one- or two-day giveaway, and a solemn promise to not sell it for a specific amount of time. The land was very primitive. Your cost to start life and maintain it would be rather high. Is it worth acquiring this freebie? Maybe not.

How to Buy Federal Land

How to Get a Homestead from the Government

How to Buy Land Owned by the Government

How Long Until a Tax Delinquent Property Is Sold for the Taxes?

The Basics
Taxes
By: Kathy Burns-Millyard

How to Find Tax Sale Properties