Everybody Panic: We're Almost out of Bacon...or Are We? 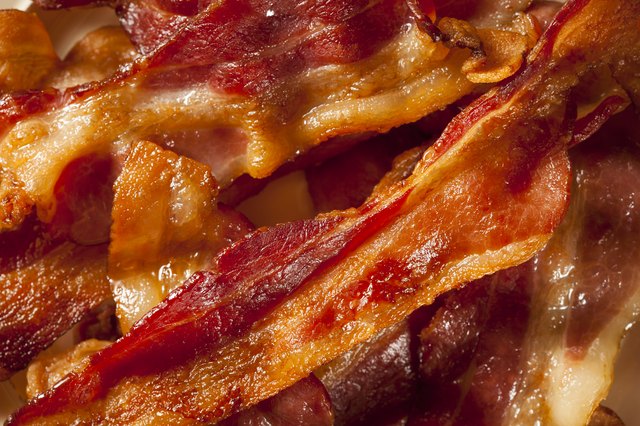 If you've got 99 problems and you assumed bacon wasn't one, you maybe got a little worried this morning when you saw the headlines. USA Today reports that the US bacon supply is at a 50 year low, and as such, prices are expected to rise to their highest in our lifetime.

The Ohio Pork Council, a Columbus-based non-profit, and apparently real thing that you can belong to, reported Tuesday that demand for frozen pork belly is outpacing supply:

"Today's pig farmers are setting historic records by producing more pigs than ever," said Rich Deaton, president of the organization. "Yet our reserves are still depleting."

The New York Times swooped in armed with facts from a different source: Steve Meyer, the vice president of pork analysis for EMI Analytics, says that "There's plenty of hogs coming. There's going to be plenty of bacon." Mr. Meyer backs up the fact that frozen pork belly inventory is down dramatically, and said that the price of belly has gone up 50 cents a pound in the last two months. "But it's not as if we're going to run out of bacon," he said.

This is an excellent real-life example of supply and demand.

There are fewer pigs.

Bacon will be expensive now.

If that doesn't clear it up for you, maybe this timeless lesson from Trading Places will:

What Affects the Price of Silver?

If Interest Rates Rise, What Happens to Gold Prices?

The Effect of Interest Rates on the Dollar

What Are Import Taxes?