While rare, hyperinflation is defined as an economic phenomenon in which rapid inflation leaves a country's currency virtually worthless. It is so destructive to investors and consumers that it should be regarded with the same concern and precaution sensible people take for natural disasters. Severe hyperinflation degrades and eventually extinguishes market confidence in a currency as a legitimate method of measuring or maintaining the value of assets. Given the economic mayhem and societal turmoil that hyperinflation could engender, it is important to take both economic and practical steps to hedge against the risk of hyperinflation. 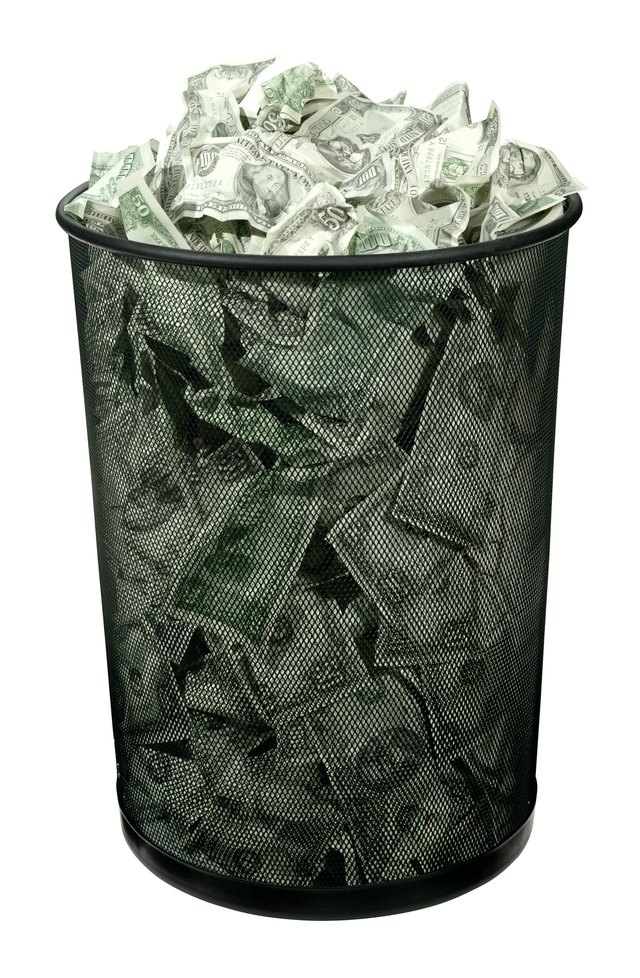 Ensure that your investment portfolio includes assets that retain their value during a period of hyperinflation. When a currency experiences hyperinflation, its value is destroyed by rising commodity and mineral prices, as sellers will not accept less value in exchange for their commodity. Accordingly, prices of oil, and minerals like gold and silver will rise to retain their intrinsic value. Similarly, real estate often retains its value, though reduced economic activity may mean that a inflation-adjusted price is not as high as the appraised price prior to hyperinflation.

Hedge against hyperinflation in your home currency by diversifying your assets into other strong currencies issued by politically stable jurisdictions. For example, the American dollar, the euro, the Japanese yen, and British pound are all considered strong currencies. While hyperinflation in a country with significant trading relationships would likely have spill-over effects in the interconnected global economy, it is often a phenomenon experienced by one currency.

Devise contingency plans for the necessities you most often buy. Economist John Williams recommends that consumers should stock up on nonperishable foods such as canned items as a hedge against societal chaos under hyperinflation. Some experts also suggest that you learn to farm.

How to Compare Currency Exchange Rates

What Are the Major Types of Foreign Exchange Risks?