How Is the U.S. Dollar Backed?

Decades ago the U.S. dollar was backed by gold -- a mineral that is valuable because people believe it is valuable. The same is true of the U.S. dollar, whether it is backed by gold or not. People accept dollars in payment because they believe the dollars have value and and can be spent elsewhere. What backs up the dollar is the public's faith that the government will not print too many and the confidence that the dollars will be accepted everywhere. 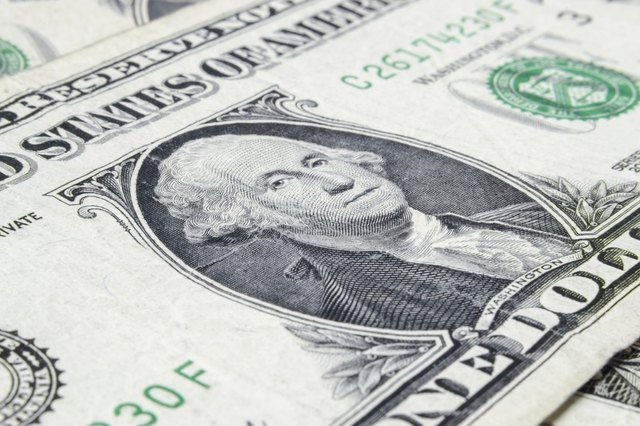 Many years ago U.S. dollars were redeemable for gold. All you had to do was take your paper money to the U.S. Treasury or any of the regional Federal Reserve banks and you could swap them for gold. That right ended in 1934, but there still was gold in Fort Knox, Kentucky, that backed up the currency, even though it was not redeemable. In 1971, President Nixon demonetized gold, which had been officially valued at $35 per ounce, and this allowed the price to fluctuate. Now the U.S. dollar has nothing to back it up except the faith and credit of the U.S. government. While the Federal Reserve system holds government securities as collateral for the currency in circulation, they are not redeemable. While the U.S. dollar once included the disclaimer "This note is legal tender for all debts, public and private, and is redeemable in lawful money at the United States Treasury or at any Federal Reserve Bank," today the statement only asserts the note is legal tender.

How to Calculate the Value of Your Old U.S. Silver Coins

The Advantages of Money As a Medium of Exchange

How to Invest in Gold

What Are the Disadvantages of Commodity Money?