When I agreed to spend no money for an entire weekend, I realized that it would be basically impossible to get out of bed without using goods and services I had already paid for. In fact, I wouldn't even be able to sleep in my bed (as I paid for the mattress, sheets, pillows, as well as the rent that would allow me to sleep in said bed). 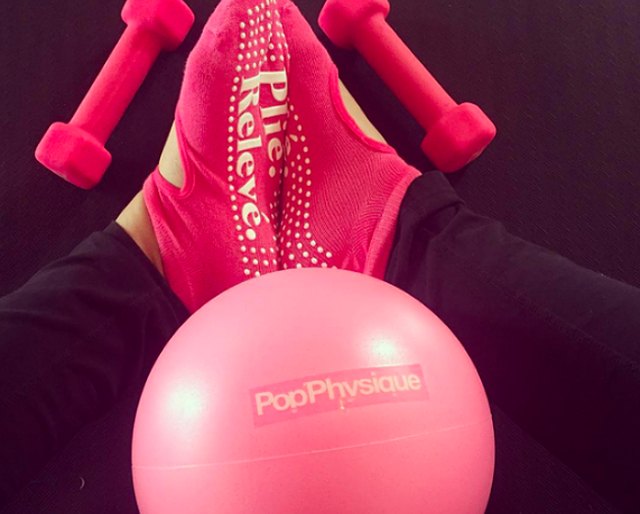 So when I say "I spent no money" what I mean is "I spent no NEW money." Which wasn't the easiest thing in the world, as I live for restaurants and takeout, and prior to this weekend, hadn't cooked anything more complicated than scrambled eggs in months. Also, I live in a major metropolitan area (Los Angeles, shout!) and weekends tend to be spent going out and doing cool stuff, but cool stuff tends to cost $$, none of which I was allowed to spend this weekend.

So here’s how it went down:

First I did some freelance internet work, because just because I wasn't spending any money didn't mean I couldn't make some money, am I right? (I'm right.) Then I showered, got dressed, and ran out the door. 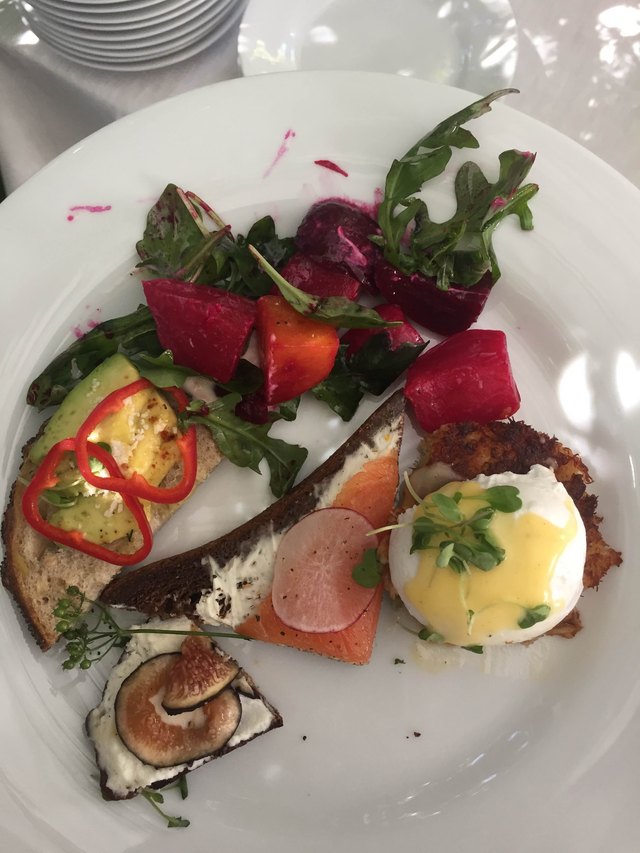 The weekend I spent no money was the same weekend as the 2016 Emmys, and I was invited to my agency's Emmys brunch (when I'm not writing for the internet, I write for television). Well, someone ELSE paid for this fancy-pants brunch so I was 100% free to go and nosh and silently freak out when I stood in the buffet line next to Eleven from Stranger Things.

Every Saturday afternoon I take this amazing musical theater dance class called "5-6-7 Sweat!" and since I had already paid for that month of class, I continued my no-spending streak as we learned a sick combo to "Cell Block Tango."

My friend Christina and me (far right and far left) wore fishnets for our Chicago-themed class, our instructors Shawna and Sylvie (center) always dress up
credit: Kit Steinkellner

Okay, so to be honest, had this Saturday been a normal Saturday, I probably STILL wouldn't have spent any money up until this point, between free brunch and already-paid-for dance class, there wasn't really the opportunity. But not spending money on a Saturday night was WEIRD TIMES, you guys. Normally my husband and I would go to dinner and a movie, and we could easily spend $80 between us on a single night.

But because of that whole "no spending money 'til Monday morning" thing, I decided to make dinner at home. As I said earlier, I hadn't cooked in a long time, so I pulled out an old standby — apple walnut gorgonzola risotto. 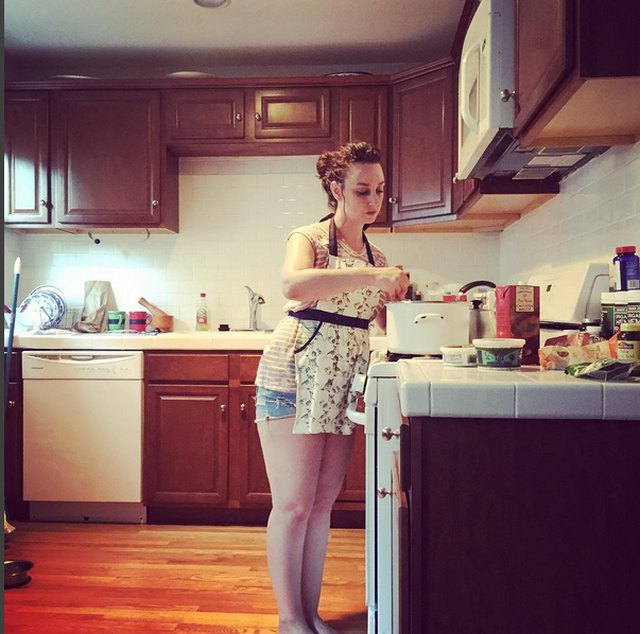 I forgot how much I loved cooking. I always say I don't have time for it, but the truth is, I'm not really MAKING time for it, and Saturday night was a good reminder that I need to make more time for this hobby that I love/saves me money. I spent $25 on ingredients when I went grocery shopping earlier that week, so basically half of what we would typically spend together at a restaurant, plus there was enough risotto to eat through Monday, so really we probably only ate $10-15 worth of the ingredients that night.

My husband had a crazy week at work, so between that and seconds and thirds of risotto, he actually ended up conking out around 8 p.m., so he had his evening planned, you know, sleeping, but I still had to figure out what I was going to do, the night was young-ish!

I have Amazon Prime, and I ended up watching most of this BBC 3 series Fleabag I'd been hearing great things about and you guys, the hype is real, the show is great. 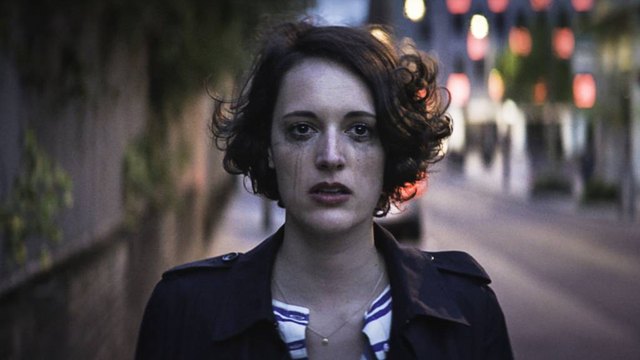 This show, you guys, it’s six half-hour eps in the first season, and the perfect thing to watch on a night where you’re not allowed to go out and spend money
credit: BBC Three/Fleabag

I went to bed around midnight without having spent a dime that Saturday. Huzzah!

I got up, ate risotto for breakfast (we had so much left!), and did more internet writing. It's so much more fun making money when you're not actively spending money; I need to remember this.

Then I went to a Pop Physique class at 11 a.m. For those not in the know, Pop is an exercise class that is mostly Pilates with some yoga poses and some stuff at a ballet barre that will make your thighs cry. Anyway, I've paid for the month, so in I went, my thighs already starting to silently weep as I crossed the threshold. I came home, ate more risotto (I had other stuff in the fridge, but all I wanted was the risotto!) and then I went to rehearsal for this art-y show I'm doing with my friends called "Am I Grown Up?" which is basically us all throwing our autobiographies in a theatrical blender and creating a show about trying to figure out, like the title says, how you know if/when you've grown up. 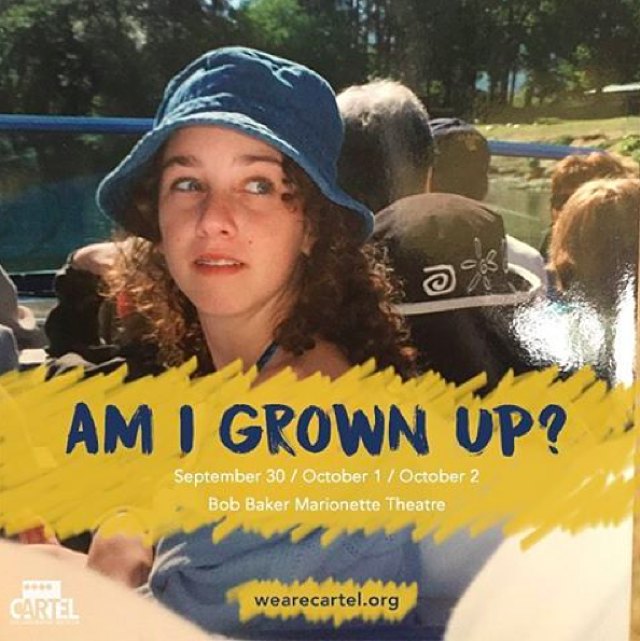 Rehearsal went from 3-8 p.m., putting me home at 8:30. There were snacks at rehearsal, so I wasn't hungry when I got home. I hung out with my husband and read some of Ann Patchett's new novel Commonwealth and then went to bed!

When I put my mind to it, I realized I really DIDN'T actually need to spend money on the weekend. I've paid for so many things (rent, groceries, and my dumb exercise classes) in advance, and not going out to eat was a good excuse to stay in and remember how much I heart cooking. This weekend was filled with good food and good art and good friends. And, I saved, I'm going to guestimate something like 50 bucks not going out on Saturday, and another 20 to 30 bucks not buying food on Sunday, so close to a 100 bucks saved this weekend. It's a start. The lesson learned here is that not spending money didn't lead to a boring or deprived weekend. On the contrary, the limitations inspired creativity (as limitations are wont to do) and I came out of this weekend totally down to do another free weekend in the future.

I Saved Enough for a Downpayment While Making Practically Nothing

How I Wound Up in Debt Without Even Realizing It

I’ll Be Home For Christmas, If I Can Afford It

Memes About Being Broke That Are Ridiculously Accurate