You Can Buy the Love Hormone at the Art Supply Store 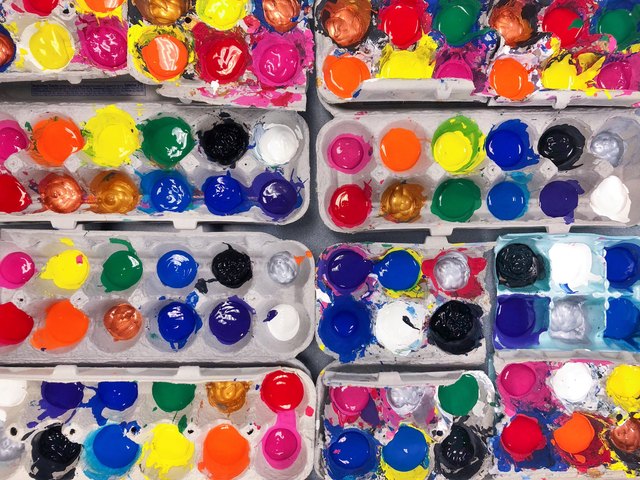 Oxytocin: Everyone wants it, and we'll do anything to chase it. Variously called the love hormone, the cuddle hormone, and the hugging hormone, it's one of the chemicals your brain releases when you're feeling your best. Even couples with long histories together don't always find it right away. Luckily, new research has some suggestions for capturing the magic.

A new study from Baylor University has found that one of the best ways to juice up on oxytocin is actually to make art with your beloved. Researchers measured oxytocin levels in couples who either took a painting class together or who played board games together. They theorized that playing competitive games would encourage the most hormone production. Not only was that not the case, but the couples who painted together also touched each other more, even though class instructors had minimized opportunities for interaction.

Women tended to benefit from either activity, but in the art class, men released up to 2.5 times more oxytocin than anyone in the other groups. It also helps everyone to set up shop in a novel setting — a nice night at home is a lovely thing, but getting into a fun new environment boosted oxytocin all around.

Art has a positive effect on people when they're surrounded by it, and whether you've already got a cache of neglected art supplies or you're eager to hit up a class or an art supply store, it's a pretty efficient way of getting some quality time with your sweetie.

How to Get Free Clothes Hangers

How to Deduct Hobby Expenses From Federal Taxes

The Basics
Taxes
By: Alan Sembera

Things Cheap to Do for a Sweet 16