Tattoos Might Actually Help You Land a Job These Days 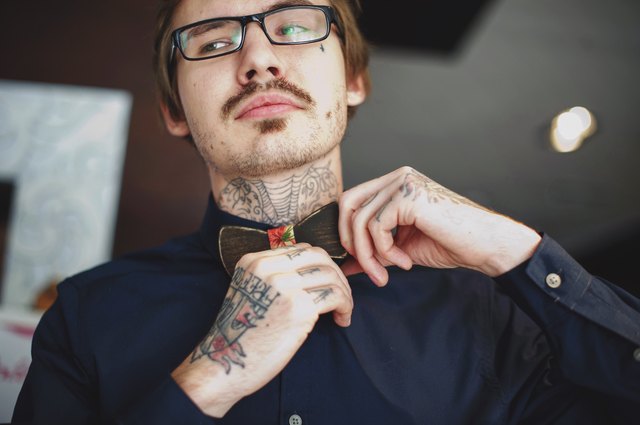 Two out of every five millennials have ink. Even outside that generational cohort, 20 percent of Americans sport at least one tattoo. If you've ever worried about how tatting up could affect your job prospects, fret no longer — new research is on your side.

Economists at the University of Miami and the University of Western Australia have updated some way old-school stereotypes about employees with skin art. According to a study released this week, the wages and earnings of tattooed employees, including those with visible tattoos, were statistically indistinguishable from those who don't have tattoos.

Yes, once upon a time, hiring managers did tend to conflate tattoos with reduced desirability as a candidate. But as lead author Michael French puts it in a press release, "Given the increasing prevalence of tattoos in society … hiring managers and supervisors who discriminate against tattooed workers will likely find themselves at a competitive disadvantage for the most qualified employees."

Tantalizingly, the researchers suggest that in some cases, having a tattoo might actually become an advantage during the candidate search. This may be down to the same normalization process that erases earnings differences between tattooed and non-tattooed workers: Human resources departments and bosses are more likely to have ink themselves as the oldest millennials approach 40 and move into positions of institutional authority. So if you've been waffling about getting that piece done — or if your parents haven't forgiven you for the one(s) you've got — tell them not to worry. The office of the future thinks your ink is pretty cool.

Here's What's Happening When You Cry at Work

How the Open Office Changes Our Behavior at Work