As if you weren't already confused about bitcoin, the technology took a fork in 2017, creating something called Bitcoin Cash. In essence, the split allowed the cryptocurrency to address a long-standing concern about its setup. There were a finite number of blocks before, but the split boosted the size of the blocks, which means more transactions can now be processed. But not much has changed about the process of buying the currency. 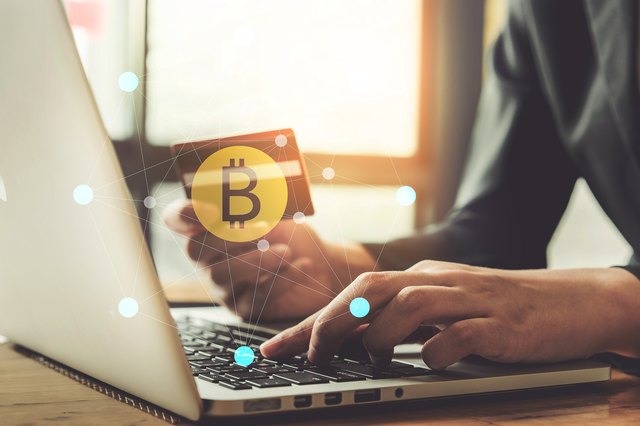 Bitcoin may seem like a complicated concept, but it's actually quite simple at its foundation. Most of your regular financial transactions require a financial institution to act as an intermediary, but bitcoin transfers are direct. Whether you're using your bitcoins to buy something or purchasing it from someone else, it's a peer-to-peer transaction.

Of course, these transfers aren't completely without monitoring. Each transaction is logged in a transaction register, known as "the ledger." Although the ledger is publicly available, it doesn't have identifying information about you personally, but it can be used to track back activity if necessary. It will also be trackable by the service that sold you the currency in the first place.

Before you can make a purchase, you'll need a bitcoin wallet that supports Bitcoin Cash. Many of the leading providers of bitcoin wallets support this new protocol, including Ledger and Trezor. You'll need to research which devices support your chosen wallet. In some instances, you'll need to download it to your computer, but some wallets are supported by mobile devices.

Once you have your wallet, you'll need to track down a Bitcoin Cash exchange. Unfortunately, you won't find as many of these as you will classic bitcoin exchanges. Among those you find, some will only let you buy the coins, not sell them, so if you want to do more than earn money on your purchase, you'll need a more flexible exchange.

As for market price, generally Bitcoin Cash hovers between $800 and $1,000 with a market cap of $17 billion. The current circulating supply is more than 17 million coins, with a total volume exchanged of more than $510 million.

Since Bitcoin Cash is a little more difficult to find, it can help to have a few shortcuts to the best places to buy. One option is through an exchange, such as Binance or CEX.IO. You can also use a site like Coinbase, which walks you through the steps of creating an account, connecting your bank account and buying and selling Bitcoin Cash.

Another option is to go through a broker, which handles the buying and selling for you. Goldmoney, one of the most popular with U.S.-based traders, is moving into the Bitcoin Cash space and is a trusted provider.

Things to Consider When Buying Bitcoin

The cryptocurrency market can be volatile, especially when something disruptive like a fork happens. Some experts have been cautioning investors against buying bitcoin altogether, saying they see little potential for growth in the near future. However, still others argue that the investment is a sound one and see a bright future for the currency.

Before you can gain or lose money on your investment, though, you'll need to avoid falling victim to fraud. Scams to avoid include fake exchanges, fake wallets, phishing scams, Ponzi scams and cloud mining scams. Stick with well-reviewed, established providers and conduct thorough research before purchasing even one bitcoin.

What You Need to Know About Bitcoin Investment

What Is Bitcoin Arbitrage?

How to Make Money With Bitcoin