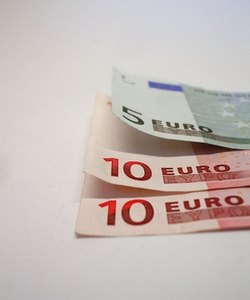 Currency is essentially a commodity.

If an exchange rate is volatile, foreign investors cannot accurately predict their investment returns. Even if they invest in holdings that give stable, consistent returns in a foreign currency, if that foreign currency is liable to dramatically change its value, then the investment is similarly volatile.

A high value currency encourages import markets while discouraging export markets. This is because foreign investors can increase their return on investment (ROI) by making money in a currency that goes far in their country. Exports, however, are harmed, as they are not worth as much overseas as they are at home.

A currency that has a low value encourages exports and discourages imports. This is because goods sold overseas for higher-value currencies are worth even more than their face value solely because of the currency value. Conversely, there is little incentive for importers to bring goods into a country, and if they do, importers must mark these goods up in order to recoup their losses due to the low currency rate.

How Does Foreign Currency Exchange Work?

The Basics
Saving
By: Gregory Hamel

What Affects the Value of Money?