What Affects the Value of Money?

Although money seems on the surface to be a stable, objective medium of exchange, money values actually fluctuate considerably based on a number of factors. Each of these variables has some basis in cold hard truths such as the amount of currency available. Factors affecting the value of money also depend on subjective, psychological factors such as perceptions regarding the strength of a national economy. 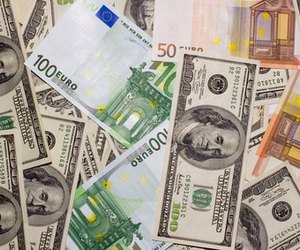 The value of money depends on a range of variables.

Inflation reduces the value of money. When prices go up because wages are high and materials are scarce, it takes more money to buy goods. Money is then worth less relative to the goods and services that you can purchase with it. A dollar was worth more when it could buy several trips on the subway than it is now that it doesn't even cover a single trip.

Currency devaluation is an official action on the part of a national government to declare that its currency is worth less than it was previously. A country may decide to do this to make its exports more appealing overseas: foreign dollars can buy more product sold through a devalued currency than sold through a currency whose value is intact. In addition, devaluing a currency makes exports more expensive to people who hold the devalued currency. This encourages spending on domestically made products and helps local industries.

In addition to deliberate government actions to manipulate the value of a currency such as devaluation, the value of different currencies relative to one another fluctuates over time. This fluctuation depends on a number of variables, including the relative strengths of the economies of the nations that issue the currency. Investors may choose to exchange their money for one currency rather than another based on assumptions and calculations as to whether that currency will retain its value. If investors all over the world want a particular currency, then it becomes worth more because it is in demand.

Interest rates are established by government policies aimed at increasing or decreasing the flow of money by making it more or less valuable. High interest rates make a currency valuable because they offer a good rate of return and create a demand for that currency. If the Federal Reserve board sets high interest rates, then foreign investors will want to buy American currency, and then lend it to invest it at its current advantageous rate.

Money is worth more when it can buy more. If there is a steady supply of available goods, then their price declines and the value of money rises relative to what it can buy. Calculating the value of a currency over time often involves evaluating its purchasing power. For example, if a new car cost $3,000 in 1970 and costs $20,000 today, this difference indicates that a dollar was worth considerably more then.

How Does the Value of Money Increase?

How Do Exchange Rates Affect the Stock Market?

What Are the Causes of Currency Depreciation?