How Much Taxes are Withheld out of a Paycheck in Kentucky?

If you live in Kentucky, like anywhere in the United States,you have to pay federal income taxes and payroll taxes on the money they earn. In addition, you're responsible for filing and paying Kentucky state income tax on what you earn. It's also a good idea to make sure your employer is withholding the right amount f tax. 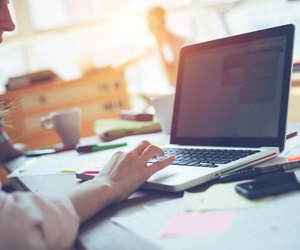 How Much Taxes are Withheld out of a Paycheck in Kentucky
credit: littlehenrabi/iStock/GettyImages

The state of Kentucky uses a graduated income tax schedule, much the same way the federal government does. Workers at the lowest end of the economic scale pay a lesser percentage of their income in taxes than those who earn more. For instance, workers who make $3,000 a year or less in taxable income pay state taxes at a rate of 2 percent, while those who earn between $3,000 and $4,000 a year pay a marginal rate of 3 percent. Workers with incomes between $4,000 and $5,000 pay a 4 percent tax rate, while those who earn between $5,000 and $8,000 pay taxes at a 5 percent rate.

Taxable income is defined as the federal adjusted gross income, minus either the itemized or standard deductions.

The income tax brackets in the state of Kentucky are fairly narrow, ranging from 2 percent for the lowest income workers to a high of 6 percent. But the income threshold for the low levels of taxation is very low. Workers in Kentucky who earn $8,000 or more are in the 5.8 percent tax bracket of their wages in the form of state taxes.

Kentucky residents who work a full-time and a part-time job may want to provide each employer with information about their total annual earnings, so those employers can deduct the proper amount of taxes from each paycheck. For instance, a worker who earns $30,000 a year at one job would have the full 5.8 percent tax taken out of his paycheck. But if that same worker holds a par-time job and earns only $3,000, the second employer will withhold taxes at the lower rate. That can leave the worker owing additional taxes at the end of the year, since the tax rate is based on total income. By adjusting the withholding to the higher level, moonlighters can avoid that problem.

All residents of Kentucky who earn income are subject to the state income tax. In addition, any non-resident who earns money in Kentucky must also pay the state income tax. That means if an individual lives in Ohio but crosses the border to work in Kentucky, that individual is subject to taxation in Kentucky. Workers who live in one state and work in another should check with their employers to ensure that the proper amount of tax is withheld and figure out if their states have any reciprocal agreements that might reduce their tax.

If I Live in Tennessee & Work in Kentucky, Who Do I Pay Taxes To?

The Basics
Taxes
By: Selena Robinson

What Is SS EE on My Taxes?