The Italian language has many slang expressions, not all of which should be uttered by novice Italian speakers in mixed company. Since money is an important element in the lives of Italians, as it is for the citizens of most countries, there are more than a few slang phrases in Italian to describe it. 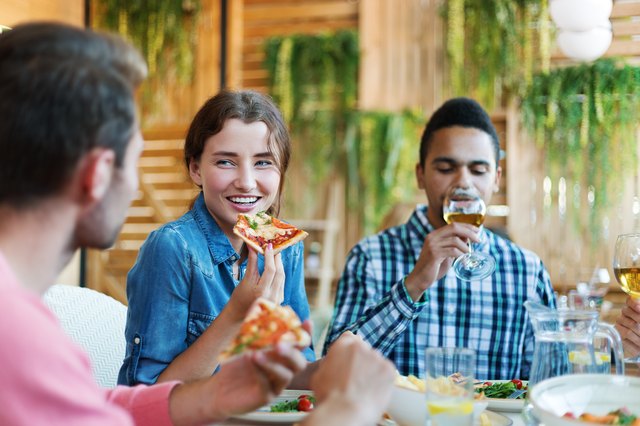 "Soldi" is the plural of "soldo," a coin that was once worth five centesimi (cents) in Italy. In 2002 the country switched over to the European Union currency system, replacing lire (the Italian equivalent of dollars) and soldi with Euro notes and Euro coins. However, this transition has been recent enough that "soldi" is still a commonly used synonym for money. There are several variations, such as "far soldi" (to make money) and "non sprecare i soldi" (to get one's money's worth).

"Ricco sfondato" is the equivalent of the English expressions "loaded" or "rolling in money." Its literal translation is "endlessly rich." Only the wealthiest person or family in an Italian community would be honored (or grumbled about) using this phrase. The merely rich would be termed "ricchi." A rich family is "una famiglia ricca," a large tip is "una ricca mancia," and a rich dish is "un piatto molto ricco."

"Denaro" is slang for money in Italian and Spanish. In English, the phrase "mucho denaro" (a lot of money) has entered the lexicon via Spanish. The Italian equivalent of this phrase would be "molti soldi," or "big money." "Denaro" is used when the amount of money in question is uncountable. It comes from the word "dinar," a currency used by the far-reaching Arab empires of the Middle Ages and still used in many countries in the Middle East.

"Indennita di rischio" translates to "danger money," or money that was acquired dangerously and illegally. A variant is "denaro pagato a un killer," or "the money of a killer." This is the equivalent of the English term "blood money." In the country that spawned the Cosa Nostra (or, in their American incarnation, the Mafia) this slang term conveys both warning and admiration. "Indennita di rischio" might make a person rich, but at the expense of someone else's fortune or life.

"Scharole" is a general monetary term in Italian that means cash or money. But its use is often adopted by certain syndicate players, such as mobsters and organized criminals, as a slang term for money.

The Importance of Money

The Advantages of Money As a Medium of Exchange

What Are the Denominations of the Euro in Paper and Coins?

What Are the Disadvantages of Commodity Money?