What Is the CVC on a Credit Card?

Providing an extra layer of protection for credit card purchases, the card verification code, or CVC, is a three or four-digit number found on all major brands of credit cards including MasterCard, Visa, Discover and American Express. 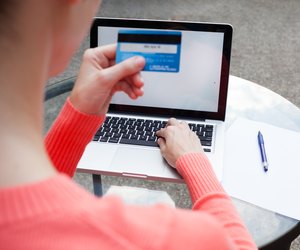 What Is the CVC on a Credit Card?
credit: kieferpix/iStock/GettyImages

The CVC code may be called another name, depending on the card's issuer, network or type. Other names include:

The merchant you use may also determine what it's called. For example, Hilton calls it a CVV, while Skype refers to it as a CVC.

You don't need to provide the CVC code when making in-store purchases, because the code is embedded in the magnetic stripe and verified when you swipe your card. However, when you make online or phone purchases, you'll most likely give the number to the merchant because the card isn't being swiped. According to Card Hub, some merchants may not ask for the code to prevent a potential barrier to making a sale.

Providing the CVC code shows that you have possession of the genuine card and that you're not making a fraudulent purchase. Merchants and online retailers cannot store the CVC code, so a thief's ability to use your credit card for online and phone purchases is lowered even if he steals your credit card.

What Is the CVV on an American Express Credit Card?

What Is CVV in a Debit Card?

What Is a Signature Code on a Credit Card?

What Is a CVS Number?

What Is a Credit Card CVN?