The Average Salary of a Comedian

Becoming a professional comedian may not pay off as a full-time job at first, but the work comes with many perks that make the job enjoyable. Performing is usually fun, but it is backed up with hard work in both developing material and developing opportunities. Starting out means having to sell yourself. 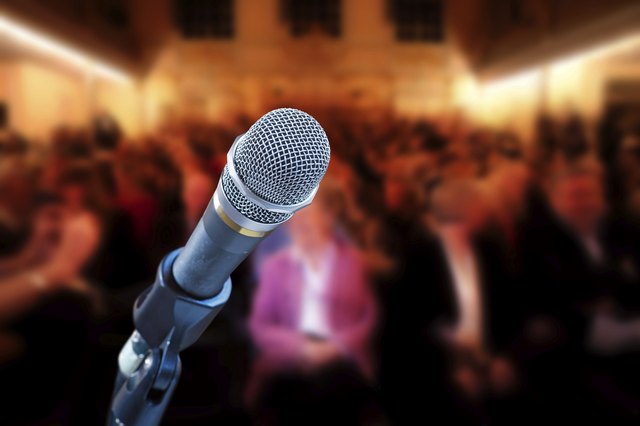 The median annual salary for professional comedians is $30,000 as of June 2014, according to the jobs website SimplyHired. This average is for comedians who perform stand-up comedy live at various types of venues, including nightclubs or large theaters. Those who work their way into television shows or films can make several hundred thousand dollars per season, or even per show.

Experience and name recognition are crucial when negotiating pay as a comedian, so beginners end up taking less pay in exchange for exposure. The first few gigs for a comedian may produce no pay, or a person might pay to perform if the club is a major draw. Many beginning comedians find work performing at open-mic nights or in public spaces such as museums or art galleries. When paid, a performing comedian typically earns $30 to $50 at smaller venues for beginners.

Comedians must stay in contact with managers of venues they have played previously. Use gigs to network with managers and other comedians, who may be able to tell you where you can find more work. A good comedian is also aware of audience reaction to her jokes and can adjust her material accordingly. Many comedians also join comedy troupes.

It might take many years to make a decent salary, but some performers manage to build large fan bases within a few years of starting their careers. A professional comedian can increase his salary further if he's able to break into televised performance or film work.

Salary for a Trapeze Artist

How Much Money Does a Taxidermist Make in a Year?

How Much Does a Cruise Ship Entertainer Earn?

The Average Salary of a Hip-Hop Dancer