What Are Your Legal Rights If Your Property Is Condemned? 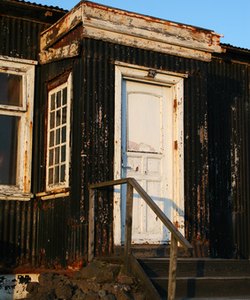 The government cannot condemn property in violation of the Constitution.

Eminent domain demands that the government demonstrate a valid public reason for taking the property. However, in most states, eminent domain case law has placed very few limits on what constitutes a valid public use. Recently, in the case of Kelo v. New London (2005), a city wanted to take private property to make the property conform with a broad plan for economic redevelopment. The U.S. Supreme Court declared that "valid public use" even includes seizure of property to economically redevelop the property. However, should a property owner believe that the government is taking his property for an invalid use, he has a right to challenge the use in court.

The "just compensation" required by the Fifth Amendment demands that the government pay the private property owner fair market value for his property. Typically, if the government and property owner disagree on the value, they can negotiate a price or ask the court to set a fair value. Just compensation may cover more than the retail value of the property. Particularly in the case of a business operating on eminent domain property, the government may also need to pay for the loss of value to the business in losing its character.

What Rights Do Property Owners Have?

How to Claim Abandoned Real Estate