How Long Does a Speeding Ticket Stay on Your Record in Ohio?

Ohio drivers who exceed posted legal speed limits risk having points added to their licenses. Insurance companies regularly review the records of drivers they insure and can raise rates for drivers with excessive points on their licenses. In Ohio, if a driver receives a ticket for speeding, points generally remain on his record for two years. 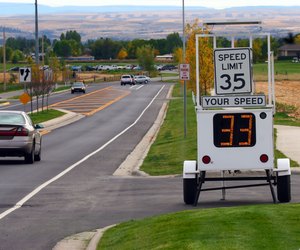 Drivers can often eliminate points on their licenses in less than two years if they enroll in a remedial driving course at a school approved by the Ohio Department of Public Safety. When the driver successfully completes the course, two points will be removed from his license. But a driver can take advantage of this option only once every three years or five times in his lifetime.

Penalty for Driving Without a License in North Carolina

How Long Does a Judgment Against You Stay on Your License?

How Long Does a DWI Affect Insurance Rates in Texas?

The Basics
Cars
By: Cynthia Gaffney

How to Renew a Temporary Driving Permit in Ohio

What Is the Grace Period for Car Registration in Texas?

The Basics
Taxes
By: Allison Westbrook