How Long Does an Accident Stay on a Driving Record?

How long an accident stays on your driving record depends first of all on where you live. In many states with point systems, the severity of a chargeable accident as well as any charge against you related to the accident dictate how long it stays on your record. 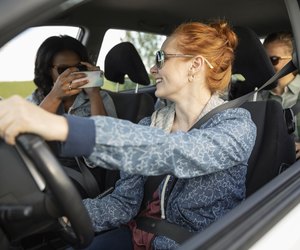 How Long Does an Accident Stay on a Driving Record
credit: Hero Images/Hero Images/GettyImages

In some states without point systems, chargeable accidents may stay on your record indefinitely. To be sure about the law in your state, consult its department of motor vehicles. Insurance companies have similar but not identical policies.

Insurance companies keep track of accidents as well, but they use somewhat different criteria. Geico, for example, uses a merit system to calculate insurance rates; it assigns points — which count against you and raise your rates — for any accident that does not fall within nine specific categories. You could have a minor fender bender in which no fault was assigned to either party, for example, and because the accident was not clearly assigned to the other driver, Geico would charge you points on its own records even though the state did not.

If the California State Department of Motor Vehicles charges you with an accident, it normally assigns that accident one point on your driving record. An article on the "Car Insurance 101" website notes that in one sense, these points never go away, no matter where you live. They remain on your record, but after a certain period, they no longer count against you.

How Long Points Count Against You in Other States

Some states with point systems let them expire at the end of the period; others take them off gradually. In Alaska, for example, if you accumulate four points, two points become nonchargeable every 12 months that you go without a violation.

Other states, including Hawaii, Illinois, Iowa, Louisiana, Minnesota and Mississippi, do not have points systems. This does not mean that a chargeable accident doesn't count against you. How it counts against you varies from state to state. In Illinois, for example, chargeable accidents come off your record after 4 to 5 years. If the accident resulted in a DUI conviction, however, it never comes off and counts against you for the rest of your life.

Although insurance companies rely on state DMV records to keep track of client drivers' records, they do not follow state practices regarding point accumulations and removals. Two states may treat chargeable accidents differently, but an insurance company treats drivers' records in both states identically, according to its own internal point-counting system.

How Long Will a Speeding Ticket Affect an Insurance Rate?

How Long Does a Speeding Ticket Stay on Your Record in Ohio?

What Does It Mean by a Clean Driving Record?

The Basics
Cars
By: Trudy Brunot

How Long Does a DWI Affect Insurance Rates in Texas?

The Basics
Cars
By: Cynthia Gaffney

How to Lower Car Insurance Costs After an Accident

The Basics
Cars
By: Stephanie Faris