The War on Terrorism has changed many procedures in the United States, including banking. President George W. Bush signed the USA PATRIOT Act into legislation in 2001, shortly after the 9/11 attacks. Patriot Act is an acronym for the full act title, "Uniting and Strengthening America by Providing Appropriate Tools Required to Intercept and Obstruct Terrorism." Part of the legislation includes stricter regulations on banks when it comes to opening new accounts. 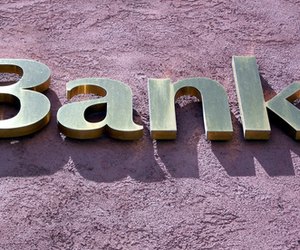 The Financial Crimes Enforcement Network gives several examples of who qualifies as a customer. Someone who applies for a loan that is denied is not considered a customer, because he did not receive any banking services. When a person with power-of-attorney opens an account for a competent person, the competent person whose name is on the account is still considered the customer. If a person does not have the capacity to act for himself, then the individual holding power-of-attorney is the customer. Someone who has an existing account at the bank, but then opens a new account, is not subject to the CIP rules. A person who has an existing account with an affiliate bank is subject to the rules.

Banks also have to determine whether a person opening a new account appears on a list of known or suspected terrorists or terrorist groups. The Office of Foreign Assets Control provides a list known as "314A," which includes people suspected of terrorism or money laundering. The Patriot Act does not outline specific guidelines, besides checking the list, to determine if a person is involved in any terrorism, but it still holds banks responsible. Because of this, banks may ask about other accounts linked to a person, the nature of a person's business, employer information, income information, tax status, source of funds and a person's investment objective. If a bank suspects a person of suspicious activity, it is not allowed to tell the customer that she triggered an investigation.

The Basics
Saving
By: Trudy Brunot

The Basics
Saving
By: Faith Davies

How Much Money Can You Deposit in a Bank Without Filling Out Paperwork?

The Basics
Saving
By: Michaele Curtis

The Basics
Saving
By: Faith Davies

The Basics
Saving
By: Laura Reynolds