How Much Can You Deposit Into Your Bank Account Before They Report It to the IRS?

Banks do not report deposits made into a bank account to the Internal Revenue Service except under abnormal circumstances, and reporting does not depend upon the total amount of money in the account. The IRS primarily wants to discover suspicious transactions where deposited funds have been acquired through illicit means. For this reason, the IRS sets limits on the types of transactions that banks must report, requiring banks to report all cash deposits of $10,000 or more. 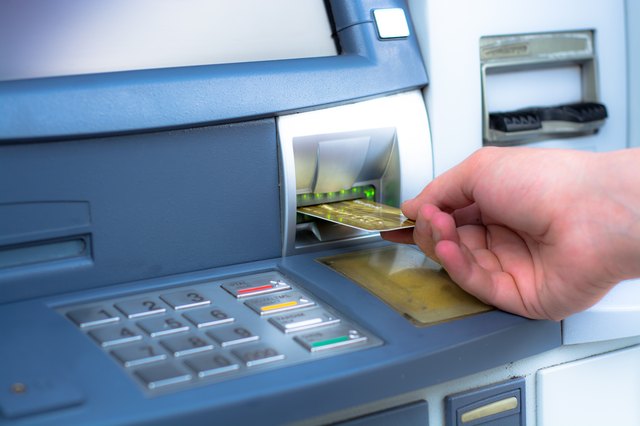 How Much Can You Deposit Into Your Bank Account Before They Report It to the IRS
credit: ilkaydede/iStock/GettyImages

Congress passed the Bank Secrecy Act of 1970 in order to locate instances of money laundering and tax evasion. IRS rules on bank reporting requirements primarily help law enforcement locate and prosecute individuals in the business of selling illegal drugs. In the wake of the 9/11 terrorist attacks on the World Trade Center, bank reporting laws under the Bank Secrecy Act also help shut down sources of terrorist financing within the United States.

The IRS isn't the only agency to which banks might report unusual activity: In some cases, they're also required to report suspicious transactions to the Treasury Department's Financial Crimes Enforcement Network, known as FinCEN.

The IRS requires banks to report, using Form 8300, any cash bank deposit of $10,000 or more in value. The IRS defines cash as currency or coins that are legal tender in the United States or another country. Banks do not report personal checks deposited into an account regardless of the amount, because such monies are traceable due to the funds being drawn on another customer's account. If a bank account owner deposits a cashier's check, bank draft, money order or traveler's check into their account of $10,000 or more, and the bank believes the money will be used for criminal activity, the bank must report this transaction using Form 8300.

The reporting requirements also aren't just related to banks. Other businesses that receive cash payments over $10,000 also are generally required to report those to the IRS.

Banks will mail Form 8300 within 15 days after a reportable transaction takes place. This form requires the bank to list its business information and the personal information of the depositor. In addition, the bank must describe the amount of the transaction and how the bank received the funds.

If for some reason you are under investigation by the IRS, such as for misrepresenting your income on a tax return, they have the authority to request documents from banks and other institutions. You might also be asked to share bank information during an IRS audit.

If you fail to pay the taxes you owe, the IRS can also seize funds from your bank accounts to cover the amount owed.

Is the IRS Suspicious if You Deposit Large Amounts of Cash in a Bank Account?

The Basics
Taxes
By: Jim Clayton

Can the IRS Track Checks Cashed at Banks?

How Much Money Can You Deposit in a Bank Without Filling Out Paperwork?

The Basics
Saving
By: Michaele Curtis

What Transactions Do Banks Report to the IRS?

The Basics
Saving
By: Thomas Metcalf