Definition of Demised Premises in a Lease Contract

When you sign a lease for a house, an apartment or a commercial property, you're agreeing to rent a specified amount of space for a fixed period of time. It doesn't really matter how you define the space you're renting — you can use words or show the area on a plan — as long as you clearly define what the leased space consists of. This defined area is called the demised premises. 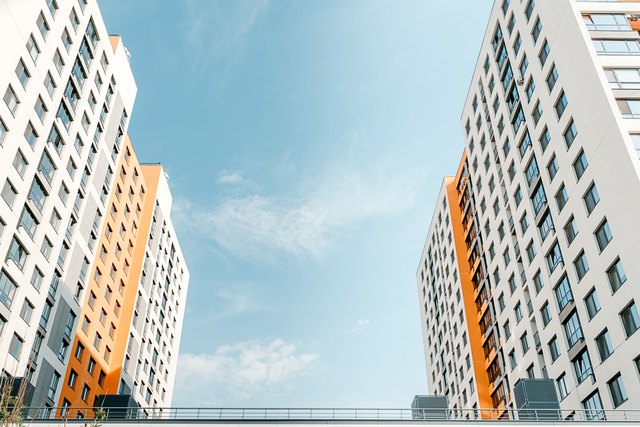 Definition of Demised Premises in a Lease Contract
credit: zahar2000/iStock/GettyImages

If you're not clear on the property boundaries, things can get messy when it comes to deciding who is responsible for repairing the building.

"Demise" is a piece of legal jargon that means "to grant a lease of property." From the demised definition, we get the expression "demised premises," which simply means the property the tenant is renting under a lease.

The description itself could be simple or relatively complicated depending on the type of property. If the tenant was leasing an entire house, for example, then the demised premises could be defined as "17 Cherry Tree Lane, Anytown, Texas 73344." For a lease of agricultural land, the demised premises might be described as "20 acres of land shown edged in red on the attached plan."

The phrase "demised premises" is rather old fashioned and you really only see it in commercial leases. For residential leases and rental agreements, you're far more likely to come across definitions like "property," "premises" or "leased premises," followed by an address or short description of the property you're renting.

Why Is the Demised Property Important?

Demised premises outlines the area that the tenant is permitted to occupy, as opposed to other parts of the building that are retained by the landlord. For instance, if the demised premises is described as "Apt. 26, 1 Main St., Anytown" then clearly the tenant has the right to occupy Apartment 26 and not apartments 25 or 27. If he did enter those other areas, he would be trespassing.

However, especially for apartments and other multi-unit buildings like office blocks, the definition of demised premises serves a much greater purpose. It's there to resolve arguments over who is responsible for repairing and maintaining the leased area and the different parts of the building.

Suppose that you're renting Apartment 26, a unit in a multi-door complex with access over shared stairs and a lobby. The shared areas are part of the building but not rented out specifically to any tenant. The lease says that you, the tenant, are responsible for repairing and decorating the demised premises, and the landlord is responsible for repairing and decorating the other parts of the building.

First off, it's clear that if you decided to decorate the lobby, you would be in violation of the lease agreement. Since the lobby is not part of the demised premises, you have not rented this area, and the landlord can insist that you change the decoration back to how it was before.

Now suppose that you painted the outside walls of the apartment:

You can see from the above example that simply describing the demised premises as "Apartment 26" may not be enough and can actually cause a lot of confusion. A well-drawn lease should tell you where the exact boundary lines are for the property so there's no doubt about who should take care of what.

With an apartment lease or a commercial lease, for example, you might see a lengthy description of the demised premises, which precisely explains where the walls, floors and ceiling begin and end, and who's responsible for the doors, windows, any structural columns and pillars, floor coverings, tiling, fireplaces, wall paper, heating systems, plumbing, screen doors and even the doorbells. This type of drafting may seem like overkill, but it's a necessary evil to avoid problems of interpretation down the road.

What Does It Mean to Sublease?

The Basics
Renting
By: Dees Stribling

The Basics
Renting
By: Mary Jane

What Is a Convertible Apartment?

Do All Lease Agreements Need to Notarized?

The Basics
Renting
By: Jayne Thompson

How to Write a Relinquishing Letter for an Apartment

The Basics
Renting
By: Louise Balle