What Is FICA on a Paystub? 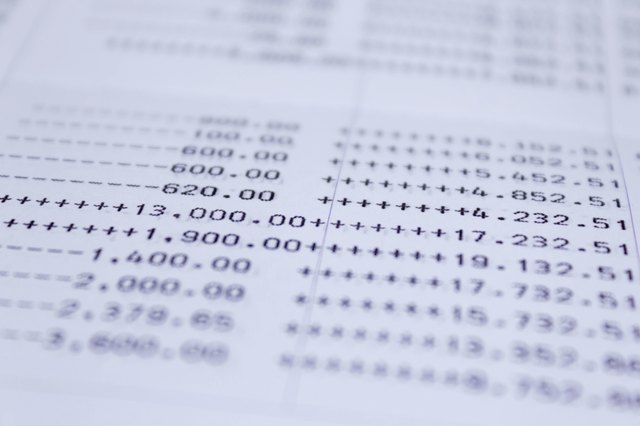 The Social Security Act was established on Aug. 14, 1935 by President Franklin D. Roosevelt. It requires that employers, employees and self-employed people pay Social Security tax. The money is used to pay benefits to eligible disabled individuals, retirees, survivors of the deceased, and dependents of beneficiaries. On July 30, 1965 President Lyndon B. Johnson signed the Medicare law. People who are subject to Social Security tax must also pay Medicare tax, which provides health insurance to qualified individuals.

Your employer withholds FICA taxes from your wages according to the rates the federal government sets each year. These rates can be found on the Social Security Administration and Internal Revenue Service websites. Both of these agencies administrate FICA. As of 2015, employers withhold Social Security tax from employees' wages at 6.2 percent, up the annual wage limit of $118,500. Medicare tax is taken out at 1.45 percent of all wages. Employers pay these amounts as well for each worker. Self-employed people pay Social Security tax at 12.4 percent and Medicare tax at 2.9 percent, but can take a deduction of half the amount when they file their tax return. If an employer pays more than $200,000 to an employee in a year, it must withhold an extra Medicare tax of 0.9 percent on the excess wages.

Federal income tax must be withheld from wages as well. It is separate from FICA taxes and requires a different calculation method. FICA is easy to compute because it is based on flat percentage of your wages. Federal income tax withholding depends on the IRS withholding tax tables, your taxable wages, and the marital status and number of allowances stated on your Form W-4.

The FICA amounts on your pay stub may differ from what's on your W-2. This may happen if you have pretax deductions -- such as health insurance or flexible spending accounts offered under a cafeteria plan -- that are not subject to FICA taxes. The benefit lowers your taxable wages because it comes out of your paycheck before taxes. Your last pay stub for the year shows your gross wages, which are your earnings before deductions; these wages do not reflect your pretax benefits. Boxes 3 and 5 of your W-2 respectively show your Social Security and Medicare taxable wages. Your FICA-exempt pretax deductions plus the amounts in boxes 3 and 5 should equal the gross wages on your pay stub.

When Can I Stop Paying Social Security Tax?

What Are the Standard Payroll Deductions?

The Basics
Taxes
By: Vicki A. Benge

How to Calculate Self-Employment Tax

The Basics
Taxes
By: Eric Dontigney